The Uncertainty of Women’s Futures in Afghanistan 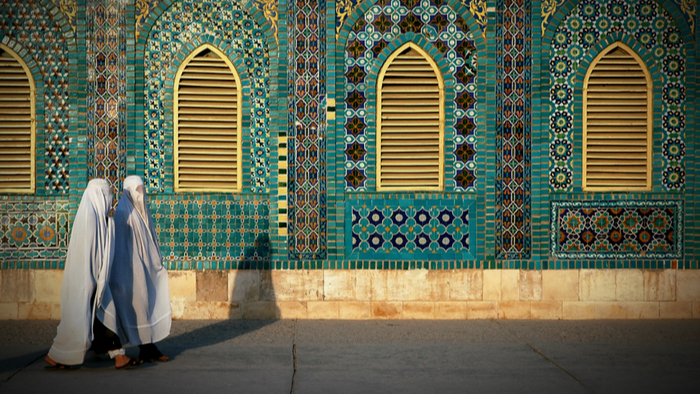 From female journalists wiping computer files to beauticians removing posters from salons, many Afghan women are taking no chances with the country’s new Taliban leaders despite promises they can keep working.

Three days after the Islamic movement’s shock seizure of Kabul, there were few women on the streets.

Some women were deleting social media accounts, while others were closing businesses and donning burqas to avoid being identified when outdoors.

“I feel like a prisoner. I daren’t step outside my home,” said one award-winning journalist whose name has been withheld for her safety.

“I don’t know what the Taliban will do to me if they identify me as a female journalist who’s done hundreds of reports exposing their actions against the Afghan people.”

The journalist said she had deleted her social media, removed computer files, destroyed photos and hidden her award.

“The Taliban have said women can go to work wearing the Islamic hijab, but … who knows if they will allow girls and women to study and work? There are no guarantees considering their past record,” she added.

“If I’m forced to stay home, not allowed to work or raise my voice, I will consider myself dead even if they don’t physically kill me.”

Under Taliban rule between 1996 and 2001, girls were barred from school while women could not work and had to cover their faces and be accompanied by a male relative outside their homes.

Women have made significant strides since 2001, with growing numbers working in previously male bastions including politics, the media, the judiciary and IT.

Despite fears of a possible backlash against women by the Taliban, Frogh said it would no longer be possible for them to “flog women away from the streets”.

“There are 18 million women … you cannot just make them vanish or disappear behind doors. They cannot kill all 18 million.”

Read the full article about Afghan women’s fears in Afghanistan from the Thomson Reuters Foundation at Eco-Business.