The Value of a Black Student Union 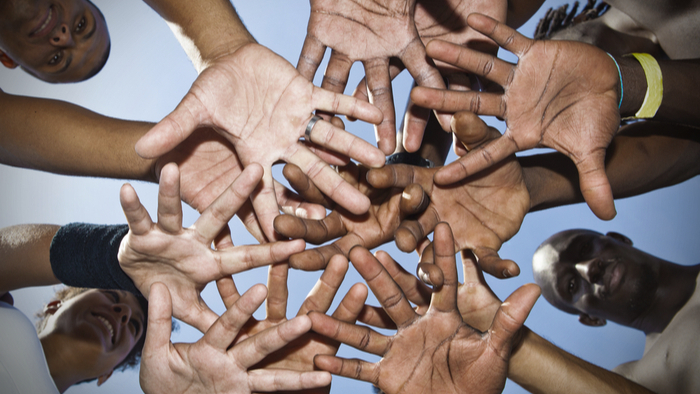 • How can funders help to support student-led efforts to improve their schools?

• Learn how to support youth organizing.

I will never forget the day I arrived at school early for a Dragon Nation meeting to find two sweet Black girls waiting and eager for the meeting to begin. The girls sat on the left side of the room and by the time the meeting had started, 48 white students had filled in and sat opposite of them on the right side. Though Dragon Nation was ultimately a success at building community, this visual representation of racial division was a painful awakening that I will never forget. I saw the enthusiasm fade from the two girls’ faces as each time they raised their hands or spoke, white students talked over them. I remembered that feeling from my own education.

I started to notice similar behavior everywhere I looked.

Then, in the summer of 2017, another student, Micah Moore, approached me. She had attended a women’s leadership camp and left wanting to form a Black Student Union (BSU), an organization that had not existed at Round Rock High since a six-month attempt back in 1982. Micah needed a faculty sponsor. I agreed immediately and brought an additional sponsor on board.

“This space is open to everyone, it just prioritizes Blackness for 50 minutes at a time,” Micah said at the first BSU meeting, to a full room of students. At our weekly community circle, we cover hot topics like the recent college admissions scandal. In our first year, we printed 217 posters of lesser-known heroes in Black history and provided one per classroom in our school. We plan viewings and discussions for films like “Black Panther” and “The Hate U Give” and bring in guest speakers like Rodney Page, the first Black head coach of a collegiate team in the South. We partner with organizations like Texas Appleseed, Undoing Racism Round Rock and the Round Rock Black Parent Association.

We are raising a new crop of leaders. Students have advocated at the district level to hire more teachers of color and more counselors than cops, and at the state level to address disproportionate discipline. Parents of color have come together to learn and support. When students were not being provided information about Historically Black Colleges and Universities at school, parents decided to put on an HBCU fair to fill the gap. There are now five active BSUs across our district and several more campuses who are interested in forming their own Black Student Union.

Read the full article about Black Student Unions by Tiffanie Harrison at EdSurge.