Hundreds of Anti-trans Bills Have Been Introduced in 2022: An Urgent Call to Invest in Trans Futures

Recent data shows that only four cents of every $100 dollars of foundation funding goes to trans organizations and causes. Only four cents.

This historic disinvestment in our communities comes at a time when we are seeing an unprecedented level of attack on transgender people. Consider this: In 2015 there were 15 anti-trans bills enacted into law. This year, at last count, there were 140 anti-trans bills introduced in thirty-four states.

During Trans Rights Week, I am reflecting on the importance of joining together to shape our future. In the face of escalating attacks against so many of our communities, this week is about all of it: It is about showing up for trans youth, defending Black lives, fighting for reproductive justice, and demanding an end to the detention of trans immigrants.

A Well-worn Playbook - From Bathroom Bills to Sports Bans

At the end of February 2022, the Texas Attorney General and Governor declared that families who support their transgender children and access transition related health care are committing child abuse. Soon after investigations by the Texas Department of Family and Protective Services of the families of transgender children and youth began (there is currently a statewide injunction under appeal). This situation is part of a marked escalation of anti-trans policies specifically seeking to utilize the child welfare system to target transgender youth and their families. And of course, this system has long been used to enact violence against BIPOC, disabled, trans, queer, poor, and migrant families.

Anti-trans bills seek to keep transgender children and youth from living their full, authentic lives – whether it is playing sports, accessing life-saving health care, or simply naming they exist in schools. We know that trans youth already experience high levels of discrimination at school (with 77.3% of trans students reporting experiences of discrimination), lower sense of belonging at school, greater likelihood of missing school, and greater likelihood of reporting that they were not planning to complete high school or not sure that they would complete high school. On the flip side, research has shown that transgender and nonbinary young people who feel accepted by the people in their lives —including not just parents but extended family, peers, and school personnel — are less likely to attempt suicide.

Organizations like the ACLU and others are fighting it out in courts across the country. Transgender Law Center organizers and our Board Chair Imara Jones recently went to Texas. Local organizations like Transgender Education Network of Texas, The Knights and Orchid Society, and TAKE Resource Center in Alabama are doing all they can to fight these bills and keep communities safe. But we know that even if these bills do not pass, they have a chilling effect on our communities. Trans communities, particularly trans youth and their families are terrified.

Why is this happening? These anti-trans laws and policies have long been a strategy of the conservative right to motivate their base constituents during election cycles, and they are deeply investing in this strategy. Trans organizations have been fighting these attacks for years – from the “bathroom bills” of 2015 to a myriad of attacks during the four years of the Trump administration. These efforts are part of a well-worn playbook that includes attacks on voting rights, racial justice, and reproductive rights.

An Urgent Call to Donors: Invest in Trans Futures

The long-standing lack of investment in trans leaders and organizations severely limits what we can do to defeat these attacks. Meanwhile, the 11 nonprofit organizations behind the majority of this most recent round of anti-LGBTQ bills received over $110 million from right-wing funders in 2020 alone.

So what can we do?

On the national level, I am part of The Trans Futures Funding Campaign, an urgent and immediate call for $10 million in new funding to invest boldly and deeply in local trans organizations.

This new funding will send a clear and unequivocal statement of support for trans communities at a time of escalated attacks on the rights and lives of trans people, their loved ones, and their allies. We are particularly interested in partnering with grantmakers who have never funded trans communities before.

Trans-led grantmakers have joined together to make this call for support. Experts in funding transgender communities are involved in this effort, including from the Fund for Trans Generations at Borealis Philanthropy, Grantmakers United for Trans Communities and the Out in the South Initiative at Funders for LGBT Issues, the Third Wave Fund, the Transgender Strategy Center, the Black Trans Fund, and the Trans Justice Funding Project, among others.

This funding will strengthen local, grassroots trans organizations in states facing these attacks – both to respond now, and to build for the long haul. Priority beneficiaries will include groups who do not have access to traditional funding streams, and are led by, or working with, some of the most vulnerable communities within the trans communities and their families – BIPOC communities, trans women and femmes, migrants, youth and elders, people with disabilities, people living with HIV, and poor and rural communities. We are grateful to The California Endowment and The Ford Foundation which have already made commitments.

And as individuals and allies, I urge you to take the time to research and learn more about trans issues and trans-led groups in your local community and support their efforts. You can also sign on to demand that the Biden administration implement the Trans Agenda for Liberation, a community-led guide towards the world we deserve.

Why? Because our lives depends on it. 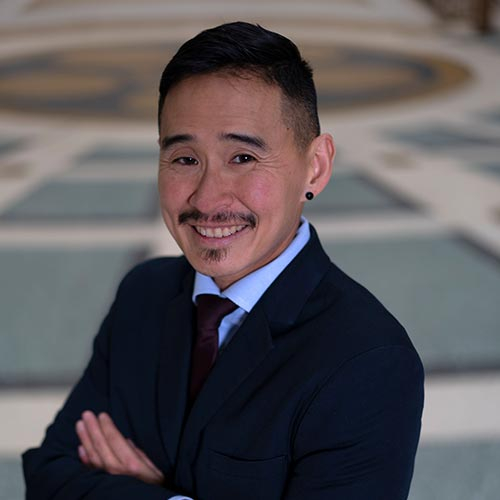 Kris Hayashi has over 20 years of movement building, leadership and organizing experience. As a public transgender person of color, Kris has been a leader in movements for justice and rights for transgender and gender nonconforming communities for over 13 years. Kris became Executive Director at Transgender Law Center, one of the largest organizations in the country advancing the rights of transgender and gender-nonconforming people, in February 2015. Prior to that, he had served over a year in the role of Deputy Director at the organization.