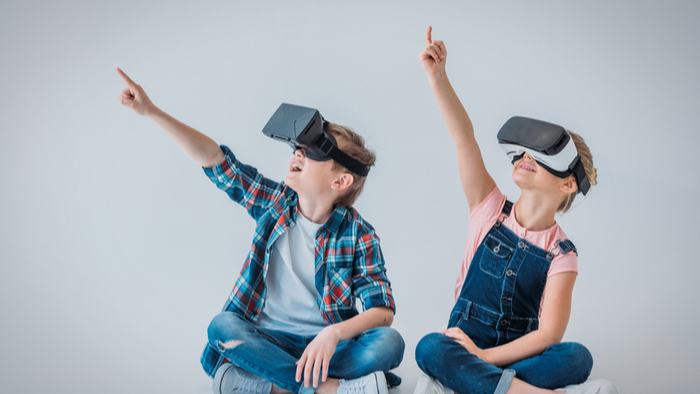 • How could this technology be used in your community?

Danvers, a town about 20 miles north of Boston, has five small elementary schools. The switch to the town’s bigger middle school – where, for the first time, students walk the halls on their own between classes – can be a little scary.

It’s even more daunting for students with disabilities.

That’s one reason the district’s technology director, Jeff Liberman, purchased a 360-degree camera and recruited student videographers to help with a project: This year, students taking a video production class will create a virtual tour of the middle school. The goal is to give new students a chance to explore their future school in advance, in a low-stress environment. Last year, a student intern created a similar tour of the town’s high school, and it was so popular that Liberman wants one for every school.

About 16 percent of the 3,800 students in Danvers Public Schools get services because they have disabilities. Virtual reality is becoming an increasingly important tool for serving them. While the use of VR in schools has been growing in recent years, thanks in part to more affordable resources, Danvers is becoming a leader in finding applications of VR that help students with disabilities.

Read the full article about using VR to help students with disabilities by Tara García Mathewson at The Hechinger Report.

If you are looking for opportunities to take action and give money to Tech for Good, here are some Giving Funds, Charitable Organizations and Projects aggregated by Giving Compass where you can take immediate action.