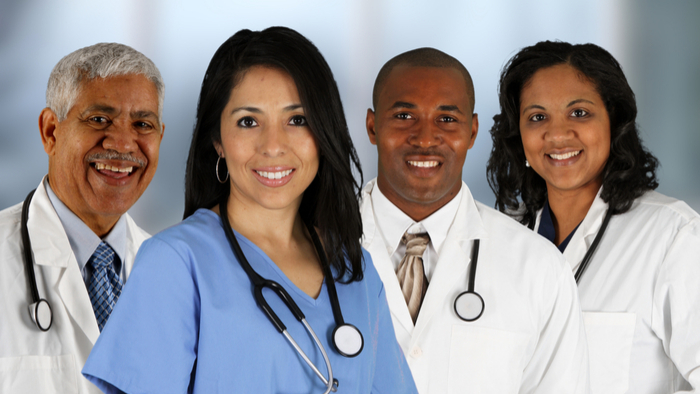 • Adam Harris reports on the announcement from Texas Tech University that it will no longer take race into account in admissions to its medical school—a move that might affect not only aspiring doctors but many of their would-be patients as well.

• Diversity in medical schools, broadly, has been difficult to achieve—especially without the use of race in admissions. What role can donors play in ensuring equality in the medical profession?

• Learn about other ways that medical education needs to change.

At Texas Tech University’s medical school, just 4 percent of students are black; 13 percent are Hispanic. And those numbers might soon shrink. Research has shown that’s what happens when schools stop considering race in admissions, and that’s what the school plans to do.

In late February, Texas Tech University reached an agreement with the U.S. Department of Education to end its use of race in admissions to its medical school. The resolution, first reported by The Wall Street Journal, brought to an end a 14-year federal investigation into the school’s affirmative-action practices. The complaint had been filed following the Supreme Court decisions in the Michigan affirmative-action cases Grutter v. Bollinger and Gratz v. Bollinger, where the Court decided race could be used in admissions, but only in a “narrowly tailored” way. Texas Tech had stopped using race in admissions at its pharmacy school in 2008, and at its undergraduate college in 2013, but not at its medical school. There, the school argued, it needed to use race as a factor to ensure a diverse class of future doctors, and there was no other way around it.

Read the full article on affirmative action in medical schools by Adam Harris at The Atlantic.

If you are looking for opportunities to take action and give money to Health Care Reform, here are some Giving Funds, Charitable Organizations and Projects aggregated by Giving Compass where you can take immediate action.