What Happens When Teachers Run the Jail? 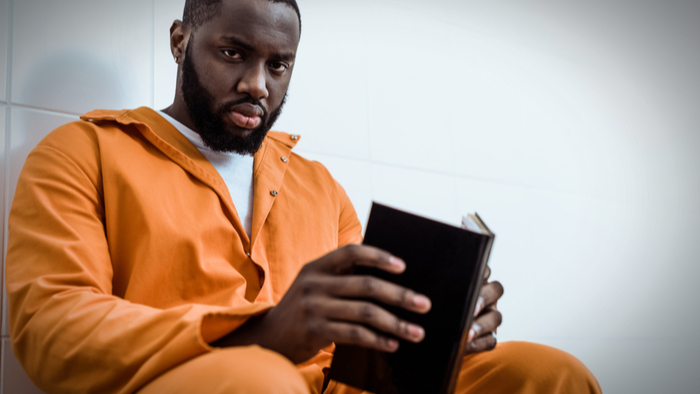 • Rebecca Koenig reports that the D.C. Central Detention Facility has been taken over by educators to make it a productive learning environment.

• How can funders best support programs that help incarcerated people prepare for life outside of jail?

Jerard Briscoe is away at school. Or at least, that’s what he tells his kids.

It’s a plausible story. He studies for GED math exams. He reads e-books and takes courses using a tablet computer. He even wears a uniform: an orange jumpsuit and white Velcro sneakers.

“If you’re at college, you can’t go home everyday anyway. I just put my mindset like I’m really at school,” he says. “So when I tell my kids that, I’m lying a little bit, but I’m not really lying, because I am at school.”

He thinks for a beat.

That idea is spreading through the corridors at the D.C. Central Detention Facility, slipping past security checkpoints and into cells where incarcerated residents watch Khan Academy videos and craft their resumes. It’s a big shift from just a few years ago, when inmates say they passed long days with little to do but play cards and pick fights.

That was before Amy Lopez showed up. In 2017, the petite Texan arrived at the jail with an armada of plans and the energy to launch them. She invited college professors to teach for-credit classes inside, in person. She purchased tablets to offer short-term learning opportunities to transient inmates. And she created a residential learning bloc named for the phoenix, the mythical bird who rises from its ashes to have a second chance at life.

Read the full article about teachers running the jail by Rebecca Koenig at EdSurge.