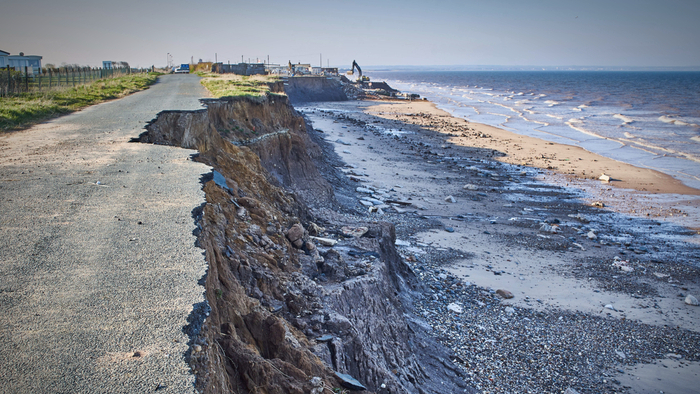 • Learn about preparing for climate change.

A new study suggests that if the world doesn’t make major cuts in emissions, there’s a chance that so much ice could melt that sea levels could rise more than two meters by the end of the century–or roughly twice as much as researchers predicted in the last major climate report. If that happens, the planet could lose more than 1 million square miles of land, larger than the combined area of Alaska, Texas, and California. It would displace both critical farmland and as many as 187 million people.

For coastal cities, it would be devastating. To see what it might look like in a handful of cities in the U.S., we tried plugging two meters of sea level rise into Climate Central’s Surging Seas Risk Zone mapping tool, which shows submerged land in blue. Miami Beach and Atlantic City would be underwater, as would large swaths of Boston and Charleston. The actual results could be even worse, since the tool doesn’t account for issues like subsidence; land along the East Coast, for example, is sinking at the same time as the ocean rises. You can look up a rough map of your own city’s possible future here.

Read the full article about what sea level rise might look like by Adele Peters at FastCompany.