Where is the Strategy in Philanthropy’s Efforts to End Homelessness? 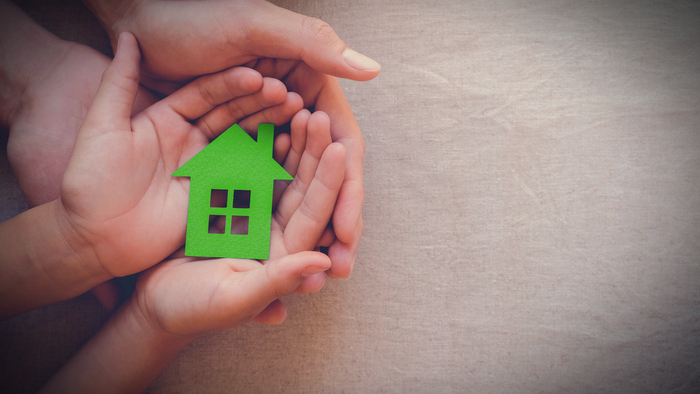 • Marybeth Shinn, writing for The Conversation, believes that Jeff and Mackenzie Bezos could address the issue of housing and homelessness more strategically by directing their dollars in other ways.

• Shinn states that providing funding for affordable housing subsidies and working to change policies might be more useful to end homelessness nationwide. What are other ways that philanthropists can fund solutions for this issue that tackle it from a systems change perspective?

• Read more about the details of the Bezos Day 1 Families Fund.

Amazon founder Jeff Bezos and MacKenzie Bezos, his ex-wife, are giving away US$2 billion. The money will fund existing nonprofits to support homeless families and establish a new network of free preschools for low-income children.

I’ve researched the best ways to end homelessness for three decades and I was initially thrilled by both parts of their plan when they announced it in 2018 because the two issues aren’t as different as they may seem. Half of the children in families that become homeless are 5 or younger. In fact, the age at which a person is most likely to stay in a homeless shelter in the United States is infancy.

I believe offering families who face economic hardship high-quality child care at no cost could both prevent some family homelessness and benefit children in families who do lose their homes. But I am troubled by the homeless side of these philanthropic efforts because they appear less strategic.

Why are so many very young children in homeless shelters?

Babies may be a blessing, but they require care that is typically costly or that takes a parent out of the labor force. Since either choice makes it hard for young families to afford housing, too often they fall into homelessness. Likewise, rates of homelessness drop when children enter elementary school.

The Bezoses haven’t yet offered details about the preschool programs they are planning to support. But they did release a list of 24 nonprofits they gave either $2.5 million or $5 million to help homeless families.

Most of these programs appear likely to use this money to expand their shelters and services, and perhaps offer their clients short-term rental subsidies or a combination of affordable housing with services designed for people struggling with mental illnesses or other disabilities that most families experiencing homelessness don’t have. These are the same services that have been available for years – while progress in ending homelessness has stalled.

Nearly half a million people in families used homeless shelters in 2017 – about the same number as in 2013 and 2007. About a third of all people who use shelters belong to families with children under 17.

Most of the programs will surely make a spell of homelessness a little less miserable, but it appears that few of these organizations will offer the long-term rental subsidies my colleagues and I found to be the most effective way to end family homelessness when we conducted the Family Options Study.

I co-led a team that brought together experts from the Abt Associates consulting firm and scholars like me at Vanderbilt University to evaluate different ways to help homeless families. Our study, funded by the Department of Housing and Urban Development, enrolled nearly 2,300 families we found in homeless shelters in 12 sites throughout the United States.

We randomly assigned the families to four options, provided by 148 different programs. Some groups the Bezoses are funding were among them.

Some of the families in this study got simply the sorts of care these programs usually provide. But three years after enrolling, many of those families were not faring well.

For example, two-fifths of them had used homeless shelters recently or reported being homeless or living doubled-up in a home with another family because they could not find or afford a place of their own.

One in 6 families had been separated from a child who had entered a shelter with them.

One in 10 adults reported recent intimate partner violence and one in 10 indicated that they were coping with alcohol dependence or drug abuse. Almost half of families were food-insecure, meaning that they had inadequate or inconsistent access to food.

The people reporting these troubling outcomes found their way into a variety of housing and service programs that cost about $41,000 per family over a 37-month period.

Others were randomly assigned to get short-term rental subsidies lasting an average of six to eight months, or to longer-term transitional housing programs that offered extensive social services. We determined that they fared little better than the first group.

One program worked much better than the rest: a long-term rental subsidy that held families’ housing costs to 30% of their income.

Even though the families that got these subsidies did not get special services beyond housing, they were less likely to experience homelessness again or have to double up. They were also less likely to face food insecurity.

Children in families randomly assigned to get the subsidies were more likely to remain with their parents and less likely to switch schools, to miss school or to have behavior problems. Their parents reported less domestic violence, psychological distress and alcohol or drug abuse.

That is, housing subsidies reduced problems that can sometimes cause family homelessness – even without special services like case management or counseling. The one downside we detected was that the adults, mostly parents with young children, were a little less likely to be employed.

In an unusual move, nonprofits getting the Bezos grants aren’t being asked to do or prove anything specific. Groups receiving support from nonprofits typically must formally apply – even for much-smaller sums of money – and later submit reports to show they did the work.

No-strings-attached philanthropy spares those groups lots of time they might otherwise have spent writing detailed grant proposals and reports on their work once the money is spent. But it’s a lost opportunity.

Because the homelessness program, technically called the Bezos Day 1 Families Fund, doesn’t require evaluations, I doubt that there will be a way to discover if this money could have been put to better use.

Jeff Bezos has said he’s trying to make “compassionate, needle-moving work” happen. If he really does want to move the needle, I can make several recommendations.

For starters, he could invest in more of the long-term rental subsidies our study found effective for ending family homelessness.

The need for affordable housing is vast. Providing enough long-term subsidies would cost less than 1% of U.S. federal government expenditures, but surely more than even Jeff and MacKenzie Bezos can afford.

Therefore, I think that they should consider creating a social welfare organization to promote public education and spending on housing subsidies and other policies that would make housing more affordable across the nation. Jill Khadduri, a housing expert at the Abt consulting and research firm, and I evaluate dozens of these ideas – like zoning reform and improvements to the safety net – in our forthcoming book “In the Midst of Plenty: How to Prevent and End Homelessness.”

Especially since Jeff Bezos lobbied against a Seattle tax that would have raised money for the government to spend on affordable housing, he should back strategies to prevent and end homelessness, not just make it easier to bear.