Where Will Climate Change Flooding Be the Worst? 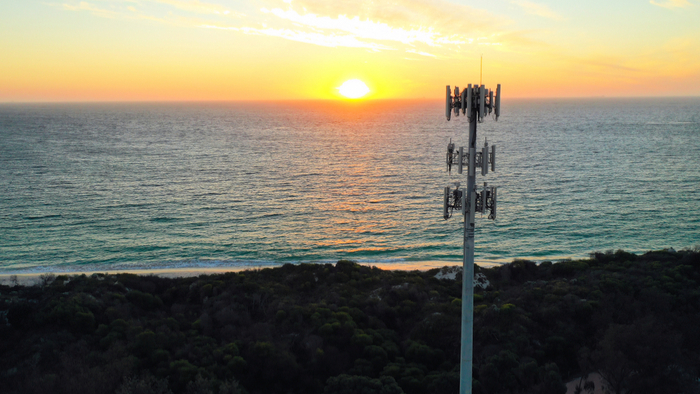 • In this story from Fast Company, author Adele Peters highlights a map from AT&T that details which areas are going to be most affected by climate change flooding in the next 30 years.

• With information like this, how can philanthropy drive change?

• With so many adverse effects of climate change, it can be difficult to decide which we should address first. To learn more about prioritizing ocean challenges, click here.

If you live in North Carolina, South Carolina, Georgia, or Florida, you might be curious about which areas this super-computer-powered map says are at risk of being underwater.

By the middle of the century, as climate change progresses, extreme flooding is likely to increase across some southeastern U.S. states. AT&T, which has to deal with the immediate aftermath of any storm when phone service goes out, now knows where flooding is more likely–down to the level of each neighborhood.

The company worked with Argonne National Labs to make a detailed, three-decade model of some of the worst impacts of climate change–inland flooding, coastal flooding from sea-level rise and storm surges, and high-intensity winds–in North Carolina, South Carolina, Georgia, and Florida. The data was overlaid with AT&T’s maps of its own infrastructure, from copper lines to cell sites, creating what the company calls a climate change resilience tool.

“It helps us anticipate the impact of severe weather on our networks, and on our operations up to 30 years into the future, and that obviously gives us a chance to adapt and become more resilient,” says Charlene Lake, the company’s chief sustainability officer and senior vice president for public affairs.

Disasters are already a significant burden for telecom companies. Since 2016, AT&T has spent $847 million on disaster recovery. But as climate change continues to heat up the planet, disasters are becoming more intense; hurricanes, for example, are getting stronger and dumping more rain. Because of sea level rise, some areas that might not have flooded in the past are now becoming more likely to flood. By understanding what areas are newly at risk, the company can start to make changes like elevating cell sites above the level of potential floodwater, or putting copper lines underground in areas at risk of high-intensity wind.

See the map and read the full article about the effects of climate change by Adele Peters at Fast Company.