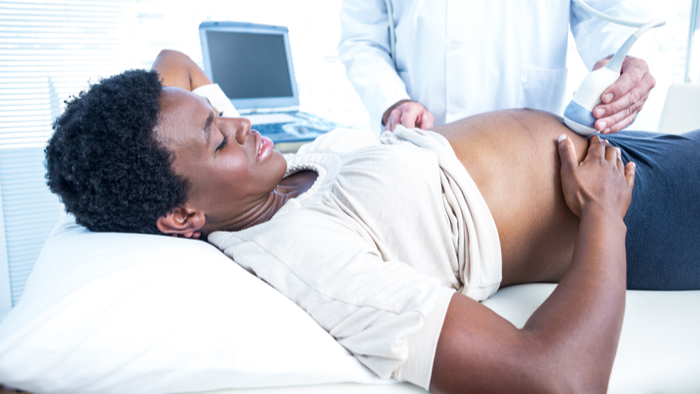 • What role can you play in helping address racism in the healthcare system?

Forty years into the HIV/AIDS epidemic, Black women continue to bear the highest burden of HIV among women.

Black women are also less likely than white women to receive the antiretroviral therapies that are highly effective at preventing HIV infection and are more likely to die of causes related to HIV.

This year’s World AIDS Day theme included ending inequalities in HIV and AIDS care. But in order to address the inequities, it will require examining the root causes of them. In the United States, the most prominent reasons for these disparities are structural and systemic racism.

I am the co-founder and director of a research center at Columbia University, the Social Intervention Group. In the past 30 years, more than a thousand Black women [living with or at risk for HIV] have participated in the center’s studies of the causes and dynamics of HIV, substance abuse and gender-based violence. These include intervention studies to put new strategies into practice and evaluate their impacts.

We have identified three approaches that can help improve the health of this population of at-risk women, as well as their access to health care.

Many women who participated in our studies told us that their health providers rarely pay attention to their life context.

Life context includes racism, discrimination, poverty, a history of homelessness, incarceration, partner violence, stigma and trauma. Black women often lack integrated health services to address these co-occurring issues, and simultaneously their needs are often ignored by their health care providers, which means they do not receive the treatment they need.

The data affirm these women’s personal experiences. Black women are almost three times as likely to live in poverty and to die from pregnancy-related causes than white women. They are also more likely to hold low-wage jobs that do not provide health benefits.

To help overcome these inequities, the Social Intervention Group has developed an intervention called “Empowering African American Women on the Road to Health,” or E-WORTH. This study was designed by and for Black women to decrease HIV transmission and improve access to care, and it evaluated whether its methods improve participants’ health outcomes in practice.

E-WORTH is a new cultural adaptation of an HIV intervention for Black women called Project WORTH, which was selected as a best practice by the CDC.

A total of 352 women participated in our E-WORTH intervention study, which started in November 2015 and concluded in August 2019. The intervention included a one-hour individual HIV testing and orientation session, and four weekly 90-minute group sessions.

The participants were provided with opportunities to discuss their experiences of barriers to health care and other services, and how racism affected their access to services.

The findings suggest that implementing an HIV/sexually transmitted infection intervention that is culturally tailored and designed for Black women holds promise for reducing the disproportionate burden of these infections in this population.

Research shows that Black women often don’t receive adequate care because care providers frequently do not believe their pain is real. Several participants in E-WORTH reported that in their overall experiences with the health care system, “No one ever believes me.”

In contrast, because of the trust and respect shown by facilitators and study staff, women participating in E-WORTH reported feeling heard and believed.

These same women have also told us that sometimes clinical staff blame them for contracting HIV and fail to discuss or offer treatment and care options, which prevents them from accessing or staying in care.

To address life context, E-WORTH is interwoven with Afrocentric themes of trauma and resiliency. These draw on Black Americans’ historical and lived experiences, from slavery to Jim Crow to the mass incarceration of Black individuals. Multimedia sequences in the sessions are intentionally infused with conversations about historical oppression, race and culture as well as systemic issues such as the overpolicing of Black communities and disproportionate sentencing laws.

The facilitators of the intervention sessions led discussions exploring how intersecting identities related to race and ethnicity are at the heart of the HIV epidemic for Black women. The scripts used by facilitators featured Afrocentric language, based on input from prior focus groups of Black women, including character names. Afrocentric graphics were used, such as purple for royalty.

A need for Black doctors and structural racism training

Researchers have found that the health outcomes of Black patients improve when they are treated by Black doctors. Further, Black women are more likely to trust doctors who live in their communities.

However, a recent study found that only 5.4% of American doctors are Black, and only 2.8% of them are women.

Another recent study suggests that creating medical education programs at historically Black colleges and universities could increase the number of Black doctors. This supports other studies confirming the importance of these schools in expanding America’s ranks of Black doctors.

Increasing the number of Black providers is only part of the solution, however. Fewer than half of U.S. medical schools provide some sort of instruction or training on addressing structural racism and racial disparities in medical care.

Over the past few years, medical schools as well as schools for allied health professions have made greater commitments to training the next generation of health professionals to address racism.

While research has shown structural racism to be a powerful driver of health disparities, a wide gap exists in the literature on the impact of these trainings on medical staff practices and their patients’ health outcomes. This underscores the need for more attention to this type of research.

Underpinnings of racism in the medical system

In late 2020, the American Medical Association declared structural racism a public health threat and emphasized the urgent need to prepare the U.S. health care workforce to redress it.

“Without systemic and structural-level change, health inequities will continue to exist,” wrote AMA Board member Willarda V. Edwards. “Declaring racism as an urgent public health threat is a step in the right direction toward advancing equity in medicine and public health.”

The Social Intervention Group continues to develop and evaluate solutions to curbing the HIV crisis among Black women. Our research findings suggest that when these women are actively engaged in all stages of their health care services and research, they can improve their health and lives. But this will require that medical professionals also address the health care system’s inherent structural racism.