Why College is Different for a Generation Exposed to School Violence 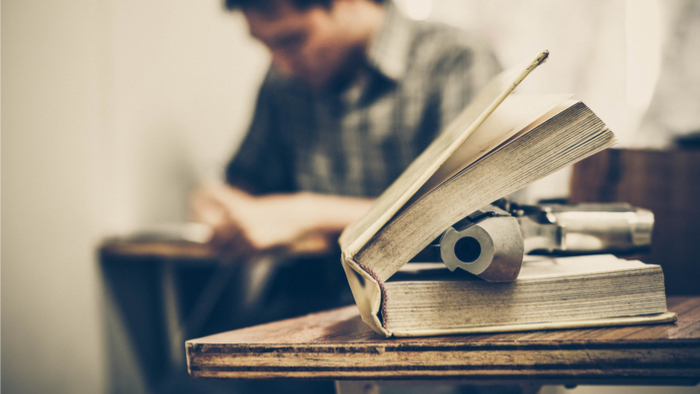 • The Atlantic reflects on a new generation of college students, who don’t remember a time when school gun violence wasn’t a widely feared threat. How has it altered their view of higher ed?

• This may show the urgency not only of addressing gun violence across the U.S., but of supporting more trauma-informed mental health counseling on campuses.

• Here’s how researchers are tackling gun violence despite a lack of federal funding.

When Leonor Grave moved from Portugal to the United States in 2012 to start boarding school, she and her family had some inkling of what she was getting into. In Portugal, gun violence and mass shootings “were always talked about like an American thing,” she says. “We saw things on the news, and we’d be kind of in disbelief that there didn’t seem to be anything being done about it.” Grave knew that students routinely participated in lockdown drills and active-shooter training in the public schools near her boarding school in Baltimore—but it wasn’t until college that she began to see firsthand how mass violence was transforming the lives of America’s youth.

Grave, now a senior at the College of William & Mary in Virginia and a news editor at the William & Mary Flat Hat, can rattle off with breathtaking quickness the candlelight vigils and mass-tragedy-adjacent events that she’s covered as a student reporter and editor. One of her first stories as a freshman was about the campus response to the Paris terror attacks in 2015. She wrote about the Pulse nightclub shooting as a rising sophomore. Last week, she assigned a younger reporter a story on a campus vigil for the 11 people recently killed in a Pittsburgh synagogue. In 2018, she explains, part of a college-campus news editor’s job is to remind young writers not to inject their political beliefs into the stories they write about mass shootings. “It’s very hard to be objective, to be fair and accurate writing these stories,” she admits. “Because it seems very clear which side you should be taking.”

Read the full article on colleges in the age of campus shootings by Ashley Fetters at The Atlantic.