Why Wildfires Are Getting Worse 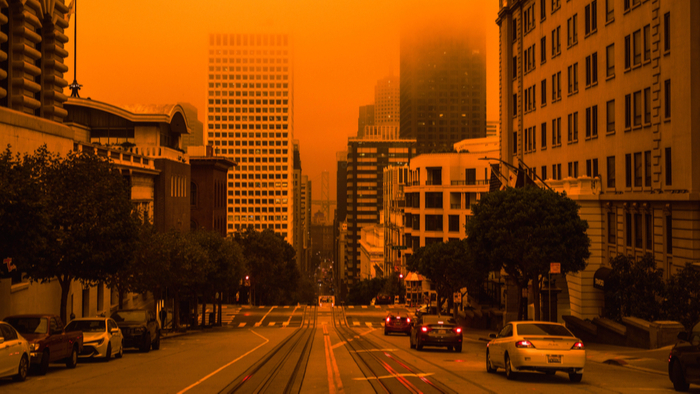 Record-setting wildfires torched huge swaths of western states in 2020. They blotted out the sun, produced hazardous air pollution in cities far from the blazes, and sent toxic smoke wafting clear across the country and beyond.

The number of homes at direct risk from wildfires—and the investment in firefighting resources to protect them—is on the rise. Nearly 50 million homes in the US now sit in the wildland-urban interface where houses are close to forests and highly combustible vegetation, according to the authors of the paper in the Proceedings of the National Academy of Sciences.

Moreover, being in close proximity to trees, brush, and wilderness is no longer a prerequisite for suffering impacts from wildfire. Marshall Burke, an associate professor of earth system science in Stanford University’s School of Earth, Energy & Environmental Sciences (Stanford Earth), and colleagues estimate that wildfires have accounted nationwide for a quarter of the toxic fine particle pollution known as PM2.5, up from 10% a decade ago, and up to half of that pollution in parts of the American West.

“Climate change is a primary driver of these changes,” says Burke, “and this particular climate impact is one we need to pay a lot more attention to.”

Read the Q&A with experts Marshall Burke and Michael Wara about wildfire smoke and climate change by Josie Garthwaite-Stanford at Futurity.