Women of Syria, Eight Years Into the Crisis 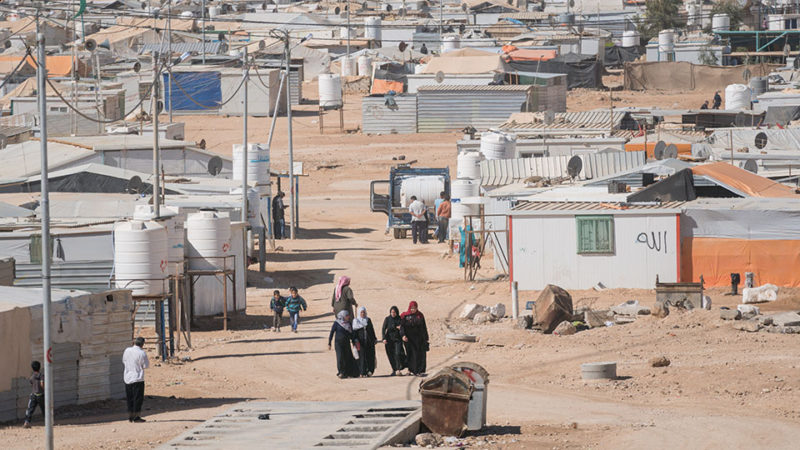 • UN Women reports on how women and girls in Syria have endured the brunt of hardships since the conflict in Syria; many have escaped to Jordan in search of a better life, away from violence.

• How can we help those who were displaced by the crisis? Expanding education and employment opportunities for women through international collaborations would be a way to start.

• Here’s how HP partnered with several groups to create a learning center in a Syrian refugee camp.

Eight years. Since the start of the conflict, the Syrian crisis has displaced more than 6.6 million people internally and seen more than 5.6 million Syrians scattering across its borders.

The protracted humanitarian crisis in Syria has devastating consequences for women and girls. From food insecurity to loss of educational opportunities, lack of safe water or health services, and high rates of gender-based violence, women and girls are facing the brunt of the crisis. In 69 per cent of communities, early marriage is reported as a concern.

UN Women is working to address the needs of women and girl refugees, and promote their leadership in conflict-resolution, peacebuilding and recovery.

At 17, Intesar Hassan became the head of her household after fleeing Syria in 2015. She lives in the sprawling refugee camp of Azraq, Jordan, with her ailing father and five siblings.

“The beginning was incredibly hard,” she remembers. When the opportunity came to join UN Women’s cash-for-work program, she took it right away. “I knew this was a way to provide for my family. It was the best choice I have made.”

Hassan now earns a salary as a qualified beautician doing make-up, hair and nails inside the sprawling camp. Life of a refugee is the new normal for thousands of women like her, and no one knows when they would find another home, or go back to Syria. Finding ways to support themselves and their families has become urgent.

Read the full article about how women in Syria are coping in the country’s crisis at UN Women.