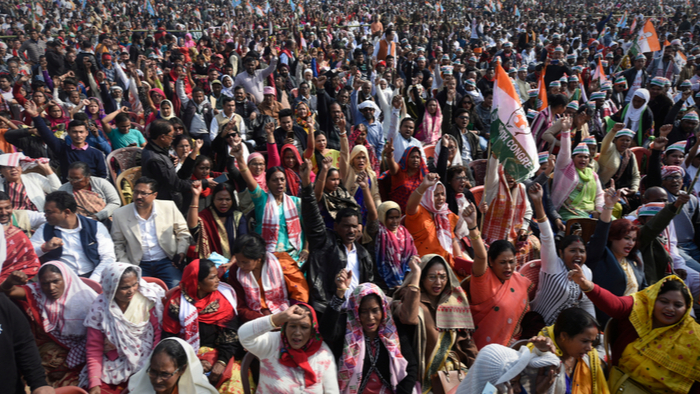 • At The Conversation, Alka Kurian describes how women’s protests against new laws restricting citizenship rights in India are the latest actions in a global war against the oppression of human rights.

• Kurian calls the global fight ‘The Fourth Wave’ of feminism. How can other marginalized groups feed off these efforts to ride the wave themselves? What can you do to expose other forms of oppression in your own community?

Women are among the strongest opponents of two new laws in India that threaten the citizenship rights of vulnerable groups like Muslims, poor women, oppressed castes and LGBTQ people.

The Citizenship Amendment Act, passed in December 2019, fast-tracks Indian citizenship for undocumented refugees from Bangladesh, Afghanistan and Pakistan – but only those who are non-Muslim. Another law – the National Register of Citizens – will require all residents in India to furnish extensive legal documentation to prove their citizenship as soon as 2021.

Since Dec. 4, 2019, Indians of all ages, ethnicities and religions have been protesting the new citizenship initiatives in scattered but complementary nationwide demonstrations. The uprisings have persisted through weeks of arrests, beatings and even killings across India by the police.

But the most enduring pocket of resistance is an around-the-clock sit-in of mostly hijab-wearing women in a working-class Delhi neighborhood called Shaheen Bagh.

With their non-violent tactics and inclusive strategy, the Shaheen Bagh women are proving to be effective critics of the government’s Hindu-centric agenda. Their leaderless epicenter of resistance raises up national symbols like the Indian flag, the national anthem and the Indian Constitution as reminders that India is secular and plural – a place where people can be both Muslim and Indian.

As I write in my 2017 book, such inclusive activism is the defining characteristic of what’s called “fourth wave feminism.”

Read the full article about women protesting in India against global oppression by Alka Kurian at The Conversation.