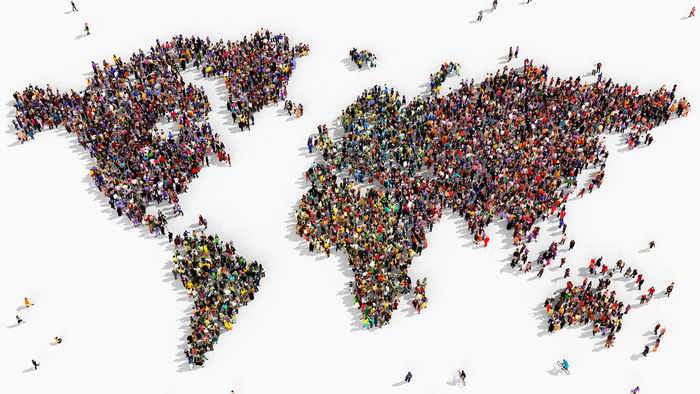 This year, the theme of World Population Day coincides with the 50th anniversary of family planning being declared a universal human right. To commemorate this global watershed moment, this article draws upon the projections of the World Data Lab’s World Poverty Clock and Population.io to shed light on both the need, but also the constraints, of family planning as a tool in policy making.

Africa’s Youth Bulge and the Need for Family Planning

Sub-Saharan Africa has the highest level of fertility and population growth in the world, and studies have linked the fertility rate and lack of family planning in the region to the dire economic outlook and extreme poverty levels. Africa’s population of 1.1 billion will likely double by 2050. Africa’s most populated city, Lagos, is predicted to grow by 77 people every hour over the next decade. Nigeria’s is not alone. Similar “youth explosions” are already underway throughout Africa, where 70 percent of Africans are under age 30. Exceedingly high rates of urbanization, weak economic growth and inadequate infrastructure, have caused the youth bulge to be labelled as a “ticking time bomb” of unemployment and poverty.

Europe’s Aging Population: Has the Pendulum Swung Too Far?

At 1.6 births per woman, Europe currently has one of the lowest birth rates globally and its aging population and governments must contend with a very different set of concerns. On the one hand, research has shown that the introduction of family planning not only reduces the population growth of a country, but also increases life expectancy as infant mortality decreases and women experience the risks of birth less frequently. Population.io expects that females born in Germany on the day family planning was declared a human right in 1968, had a life expectancy of 88.1 years. Today, on its 50th anniversary, women in Germany have a life expectancy of 92.9 years. On the other hand, while an aging population points to positive social developments, such as accountable family planning services and equal access to higher education and the labor market, it has also been described as “demographic suicide,” as the labor pool of working-age people shrinks, so could economic growth.

Finding Balance is the Key

Of course, only imagining Africa’s expanding young population as a recipe for chaos — or Europe’s low-fertility rate as a death knell for growth — misses many other realities of other countries’ and regions’ experience in trying to manage population growth. For example, in Oman, the population has doubled over the past 25 years and fostered a healthy economy.  China’s famous one-child policy, which drastically reduced the country’s fertility rate, also coincided with one of the greatest economic expansions in history. Similarly – but also, conversely — the famous “Baby Boom” of the United States post-war era also directly supported a massive expansion of middle class spending power. From these examples alone, it is easy to see how demographic policies affect economies is highly contextual and necessary but also insufficient. Both an excess of young or old can act as a double-edged sword and have significant implications for policymakers. Family planning is therefore not a one-sided story, but a varied public policy balancing act.

How to Get Involved

You’ve taken a step toward giving with impact by learning about the role family planning plays in our world. Here are ways you can take action: