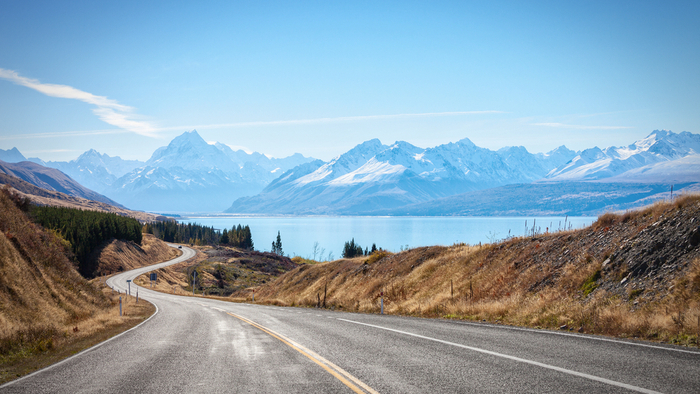 Smart, effective giving requires continuous learning along the donor journey. Often the best sources for this learning are the lessons shared by other donors themselves.

This past January, the Dorothy A. Johnson Center for Philanthropy hosted its National Summit on Family Philanthropy, where diverse philanthropists shared their personal giving journeys and offered lessons they thought would be especially useful for other donors. I highlight three of those insightful lessons below.

Dawn and Chris Fleischner are married, with two kids, and live in Pittsburgh. They co-own and run an educator placement business, and they’re also side-by-side partners on an intensive donor journey together, with a new family foundation, a donor-advised fund at the Pittsburgh Foundation, and leadership roles on prominent arts institution boards in the city.

But Dawn and Chris are also different people, from different backgrounds, with different approaches to how they make giving decisions. Chris takes an intellectual approach, analyzing each request carefully, and reveling in the technical details of the development process. Dawn is the “COO” of the family’s giving, making sure decisions get made on time and trusting her gut as much as her head.

So, what holds their philanthropy together? What ensures their tendencies are complementary rather than contradictory? They believe their giving partnership works because of two crucial elements: 1) their shared passion for the arts – and especially for increasing attention to racial diversity and equity in major arts institutions – and 2) their trust in one another.

They are inspired by the same things, and they seek the same goals – goals that are mutually agreed on and constantly reiterated as they give and serve together, each in their own unique fashion. It helps that they are also each other’s biggest cheerleaders.

Reflecting on their donor journey as a couple, the Fleischners told a story about coming to accept their differences and to appreciate how they can balance each other out. The story involved an emergency request from an arts organization to help cover a budget shortfall. Chris was inclined to provide the funds, knowing that such shortfalls sometimes happen and that emergency funding can be hard to get from other sources. But Dawn saw red flags. She felt the need for a bail-out was evidence of larger problems in the organization, and didn’t feel they were committed enough to fixing those problems.

The Fleischners ended up giving the money, but then didn’t hear from the organization for months afterwards, and watched as things deteriorated further. Chris said his takeaway from this unfortunate story was simple: “trust Dawn’s gut.” Their lessons for other couples? Create a rubric or criteria for how to assess emergency requests. Remember that each partner will be right at different moments. And find a shared passion while embracing your individual strengths.

Galveston is no stranger to big storms. The history of this Texas barrier island town is a history of survival and recovery after a series of hurricanes, from the famous “Great Storm of 1900” to Hurricane Ike in 2008 and Harvey in 2017. Lee Ippolito Jurewitz’s family has been a part of that history for six generations. But her family’s ability to help after hurricanes was often limited to funding relief and recovery. This funding was much needed of course, but didn’t help build future community strength and preparedness in an organized way. But when the family’s foundation, The Ippolito Charitable Foundation of Galveston – created by Lee’s grandfather Carlos “Ippy” Ippolito – was expanded after his death in 2012, the family looked for ways to do more.

Lee remembers going back to Galveston from her home in San Diego soon after Ike hit in 2008, seeing the family home she grew up in covered in mud and debris, and feeling like she could do little more than cry. But when Harvey came through in 2017, she and the family dove into a more proactive and comprehensive response, one that coordinated closely with others in the community – from faith-based grassroots organizations to elected officials to mental health professionals – and one that focused on building community “resiliency” for both future storms and other unexpected challenges.

But the expansion of the Ippolito’s foundation – where Lee serves as a trustee – was not the only reason for this more strategic and collaborative approach. Lee also credits a “learning journey” that her family and others from Galveston took to Detroit in the time between Ike and Harvey. The group learned about the Detroit Future City plan, and the role of foundations as a key partner in that effort. They also had the opportunity and inspiration during the trip to talk about their hometown’s challenges, and to build crucial relationships.

This journey not only offered ideas for how philanthropic and other community partners could work together in Galveston, but also brought the players together in one place to get this coordination started. Lee encourages other families to go on these sorts of inspiring and instructive learning journeys, and to do so not just as a family but also with your partners and anyone else who helps you achieve your mission.

3. Let the Past Inspire the Future

A. Sparks never got the chance to learn directly from her grandfather what he wanted her to do as the leader of the family foundation he started in 1983, when Sparks was 3 years old. He had a stroke three months after creating the foundation, and lost the ability to speak. So Sparks has spent time looking into her grandfather’s life and giving legacy, and in this journey of discovery she’s found plenty of evidence that a focus on structural inequities and inclusive dialogue is the best future for her family’s philanthropy.

Both of Sparks’ grandparents, Harry and Masie Masto, were born in the U.S. But like so many other Americans of Japanese descent, they were sent to an internment camp during World War II. A farmer by trade, Harry devised a way out of the camp by offering to move to Idaho and run a farm growing potatoes for the government – a farm where most of the workers were German POWs. He then bought the farm after the war and developed a process for dehydrating potatoes, building over the years a very successful company in Washington state that was eventually sold to Carnation.

As a social worker, LGBTQ activist, and emerging philanthropic leader, Sparks’ approach to crafting a strategy as head of her family’s foundation has been centered on learning the real story behind her grandfather’s life. She’s learned that his business success was often dependent on white allies, who stood in as the “face” of the company when having a Japanese owner would be a dealbreaker. She’s also learned that Harry was often a silent benefactor in the town where he built his company, helping individuals impacted by racism and discrimination and funding institutions looking to bring the community together across traditional divides. And she’s reflected a lot on how his success was literally built on the backs of prisoners, on land that the government had originally stolen from the Nez Perce.

Sparks has confronted the hard truths that her family has both suffered and benefitted from racism and structural inequities, and she’s discovered that her grandfather believed deeply that overcoming these biases and inequities requires making allies across differences, and reaching out to include those who’ve been made invisible or been denied access to privilege.

He believed in the healing power of working together. These lessons from the past are now inspiring Sparks’ ambitious plans for the future, for family philanthropy that is deeply devoted to advancing equity and inclusiveness, even if that means breaking traditional philanthropic molds.

The broad and deep usefulness of these lessons reminds us why digging into donor journeys is not an indulgence, as some claim, but a necessity for improving family giving and its impact. We invite other donors to share their journeys.