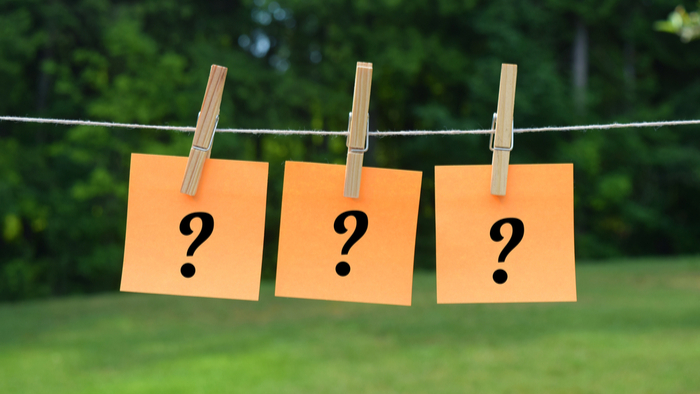 You’ve probably heard some version of the quote attributed to Albert Einstein in which he said if he had an hour to solve a problem, he would spend the first 55 minutes figuring out the right question. In my January 2019 blog post in this series, I explained why the most natural donor question, “What difference does my funding make?”, is not the question you need to “solve the problem” of effective giving. In my February 2019 blog post I explained why donors must ask questions that will elicit a frank and honest response from organizations. Now, it’s time to examine the most important elements that lurk behind every question. Together, they are the three primary faces of every question.

Let’s use my favorite due diligence question on a prospective donation:

“What is one way your organization has changed its program model, and what evidence did you rely on when you did?”

The first, or literal, face of this question is just what it asks. You want to know if the organization has a continuous improvement muscle. If it does, it will be making changes often, and have an evidence-based way to do so. You will learn whether it has this muscle and something interesting about its operating model – all very useful.

The second face is what I call the main message in the question. It speaks to the relationship you are trying to build and reveals your values. For example, the message in the common donor question, “What difference does my funding make?”, reveals donor self-interest over a more nuanced interest in the organization. The question about the organization’s program model, by contrast, conveys the message that you understand that continuous improvement is more important than donor accountability. The “evidence” part of the question signals that you understand that change needs to be based on data, and that you are interested in how the organization collects and uses evidence. These messages incent the optimal behaviors.

The third face of the question speaks to the organization’s intrinsic motivations. Asking how your money makes a difference reinforces what is known as the “dance of deceit,” when organizations feel they need to make stuff up to keep the donor happy. It fosters inauthenticity in the relationship. The “what has your organization changed?” question asks the fund recipient to consider how well it is using evidence to make better decisions. It calls on the organization to be thoughtfully reflective about something that matters. It reinforces an intrinsic motivation to be better.

How each face plays out will vary on the question and the context, of course. But all three are always present in some way. The greatest impact often comes from the intrinsic face, as this story illustrates:

An organization that serves people transitioning from prison has a rigorous practice of seeking and responding to feedback from the parolees in order to serve them better. One graduate of the program subsequently got a job as the custodian of an apartment building. He set up a program to get feedback from residents about his performance in the job. When asked why he had done this, he said that the transition program’s feedback system showed him that the organization genuinely wanted to improve. He too wanted to get better and by seeking feedback he would have a constant source of ideas for improvement. The organization’s feedback system asked him the question, “How can we serve your better?” That question increased his own motivation to succeed.

At the very beginning of the 20th century, Einstein asked a question that sparked the greatest leap in our understanding of, well, everything: “What would the world look like if I could run alongside a beam of light?” The literal face of this question produced the theory of special relativity. The message in this question indicated that questions may contain a hidden fundamental fact about our reality. The idea that began this blog post revealed the intrinsic face of Einstein’s everything-changing thought experiment. Translated into advice on giving, the intrinsic face says, “To be an effective giver, you want to spend 90 percent of your effort shaping artful questions.”

Learning with others and benchmarking are key steps towards becoming an impact giver. If you are interested in giving with impact for Funding, take a look at these events, galas, conferences and volunteering opportunities to connect with individuals like you.

If you are interested in Funding, please see these relevant Issue Funds, Charitable Organizations or Projects where you can get involved.