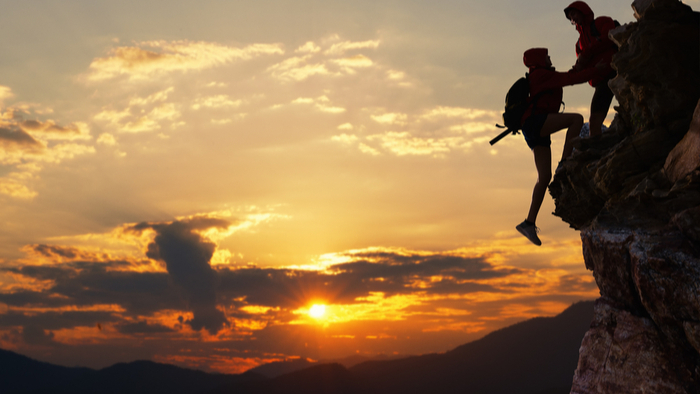 In 2009, my organisation, Keystone Accountability, had been invited, alongside commercial marketing experts, to advise on a project to reduce malnutrition. Dubbed “hidden hunger” by development professionals, malnutrition is a terrible and totally curable disease. It’s a massive, infuriating problem; Twenty-two percent of children under five across the world are stunted (having suffered chronic malnutrition) – that’s 149 million children.

Millions of dollars had been invested in developing a new enriched strain of cassava, a staple crop and primary source of food in parts of the world where malnutrition is rampant. The idea was to genetically engineer missing micronutrients into food people grew and ate every day. Kids would be better nourished just by eating as normal. Brilliant idea, right?

Despite hard-won scientific progress, the initiative had run into a major snag. The enriched cassava looked and tasted different. People didn’t see it as their beloved cassava. They didn’t like it.

After learning that the customer – farmers and families – hadn’t been consulted, the marketing wizards advised the project team to start over and include the customer at every step of the way.

If You Want to Go Far, Go Together

Regrettably, the enriched cassava story is the everyman story of development and philanthropy. It can be told 10,000 different ways and it applies to every human problem. It is the story of well-meaning professionals – outsiders – who do things for and to people, rather than with them.

I wondered what would have happened if the initiative had been approached in a different way:

Would it not have done so more quickly and effectively than the “we invent it, they use it” model that was used?

In other words, wouldn’t an approach grounded in mutuality have been, in the end, faster, cheaper, and many times more effective?

But we need everyone in effective, high-trust relationships.

It means not losing sight of the necessary relationship work – no, it does not get done in proposals, lab research, projects, workshops, trainings, and reports. Authentic relationships are lived, and where the parties are inherently unequal, they have to be worked for. There is a well-developed 50-year-old set of methodologies for this that are known generally as “participatory methodologies.” Their history and use have been brilliantly chronicled in the most recent book by Robert Chambers, Can We Know Better? Reflections for Development.

Chambers is arguably one of the world’s two most influential development thinkers, the other being Amartya Sen. Chambers is Thomas Edison to Sen’s Albert Einstein. His myriad practical inventions are used by development practitioners everywhere. For example, to help outsider professionals check their biases, he offers a simple rule of thumb. In every conversation, ask “Am I the upper or lower in this conversation? How does this affect this conversation?”

In social change, relationships can’t be reduced to transactions. Women smallholder cassava farmers in Ethiopia are not going to take up some strange new cassava from someone they don’t trust. Trust amongst people whose life story is shadowed by neglect and abuse is very hard to earn. Transactions may be how we keep score, even in development (How many farmers cultivate hybrid cassava? How much hybrid cassava is being consumed by nutrition-poor children?), but relationships are the playing field.