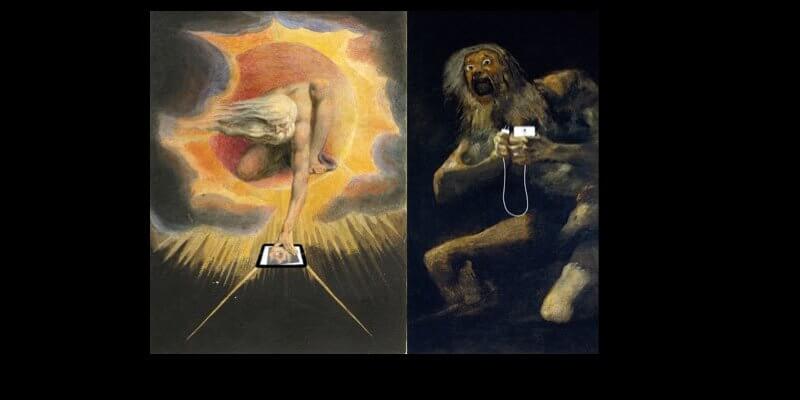 There have been many news articles recently about social media for evil: How Facebook, Twitter, Google, and even Instagram have been abused for coordinated misinformation paid social media or advertising campaigns to influence our political system.

It makes me miss the optimism from a decade ago about the rise of social media and social network platforms.  We had great hopes (and still do) about the potential for “social media for social good,” how networks, connected society, and movements can be catalyzed to solve complex social change problems, for good causes and for philanthropy.   But as one of the engineers who helped create the Facebook like button noted in this in recent Guardian article, “humans develop things with the best of intentions and for them to have unintended, negative consequences.”

The article describes the great lengths that Silicon Valley insiders are going to disconnect from social media and their mobile phones. These insiders are the same engineers who designed and built different features in social media platforms that created our behavior addictions.  Makes you wonder what they know that the average user does not?

Dubbed “Brain Hacking,” this 60 Minutes  piece aired last April,sheds light on the problem from researchers.  They also interviewed a former Google product manager turned interface design ethicist, Tristan Harris, about how tech companies are intentionally creating a large scale epidemic of people getting hooked to their smartphones. (It enables the platforms to make money from advertisers who want to get that captured audiences’ attention.)

While at Google, Harris produced an extensive presentation titled “A Call to Minimize Distraction & Respect Users’ Attention.”  The presentation inspired with Ted Talk and then a popular Medium post that discusses how interface design influences people’s behaviors.

It makes it very difficult to “quit” platforms like Facebook and others, despite many people saying they would like to stop. Recently, Micah Sifry wrote this post called, I Wish I Knew How to Quit You Facebook that prompted an interesting discussion thread (ironically playing out on Facebook) with other nonprofit folks.

The lack of ethics of social media platforms is bigger than the problem of individuals ruining their ability to focus and unable to separate from their smartphones. Now that social media platforms are essentially pay to play or have been transformed in what is being called the “Advertising Economy,” our human attention is being sold to the highest bidder, whether it is to sell us products like flavored water or to influence our political views and ultimately chip away at civil society.

The Guardian article connects the dots between the rise of social media behavior addiction and the selling our attention to the potentially devastating impact upon our human relationships and  society. You might argue that it is an overly dystopian view. Or after reading the article you might feel utterly depressed and want curl up in the fetal position.

What can we do?

On an individual level, we can focus on the consumption area. We can become more intentional about not being so hooked to our social media and mobile apps and more critical consumers of information, especially before we share it. Although that is not enough.

Five years ago, Howard Rheingold wrote a book called Netsmart, that presaged the attention economy. He provides techniques to help you answer a simple question, “Does this deserve my attention?”

On a system, big picture level, check out Media Impact Funders webinar series to explore what funders can do to fight misinformation and fake news and the negative impact. Broadly speaking, the philanthropic initiatives mentioned in the post and that will be explored in the webinars seek to intervene at one of three points in the information system: on the production of politically relevant information, on its distribution, or on its consumption. A solution needs to address all three areas.

How has age of coordinated misinformation impacted your nonprofit’s ability to have impact?  How is brain hacking of social platforms impacted you personally or other nonprofit professionals?

If you are interested in Tech for Good, please see these relevant Issue Funds, Charitable Organizations or Projects where you can get involved.