TSNE MissionWorks: Dealing with a Crisis when Already Under Stress

When COVID-19 hit the East Coast of the United States, Ng and her executive team at TSNE MissionWorks were smack in the middle of dealing with a budget deficit. Despite this incredibly unfortunate timing, Ng’s team completely rebuilt its budget from scratch, using its guiding values and principles to anchor decision making.

When forecasting possible budget cuts in the future, for example, the team chose to preserve its staff’s health benefits and living wage, a TSNE core value in the high-rent city of Boston. With equity top of mind, TSNE also decided that its early cost-cutting measures would be directed to non-personnel areas first, such as pausing the employer contribution to retirement benefits for one year. This ensured the preservation of a public transportation subsidy for staff. TSNE also developed a model for implementing one-year scaled pay cuts for the senior team—those in the highest income tiers including Ng as the CEO.

To manage change on a daily and weekly basis, while creating space to project scenarios ahead from six to 18 months, TSNE created a “rapid response” team that included senior leadership and non-leadership representatives. “Doing so helped us get more minds wrapped around our challenges and also helped us with equity,” Ng says.

Each year, City Year Detroit places more than 100 AmeriCorps workers in 11 Detroit public schools, where they help students in a wide range of programs and activities. When COVID-19 hit, Andrew Stein and the City Year leadership team immediately set to meet the needs of its community—including staff, Corps workers, and students. This meant creating safe ways for Corps members to complete their service year and have the option to receive their full stipend and Segal education awards, while also supporting the needs of students and their communities, who are some of the systemically under-resourced in Detroit. This was, as one might imagine, a challenge—as City Year Detroit needed to balance protecting staff and students with the responsibility the organization felt towards the public health outcomes of the broader community. City Year quickly moved to providing virtual options for learning, development, and connection for AmeriCorps members to balance these two needs.

Read the full article about City Year Detroit and TSNE MissionWorks at The Bridgespan Group.

An Equitable COVID-19 Recovery: What Donors Should Know About CDFIs 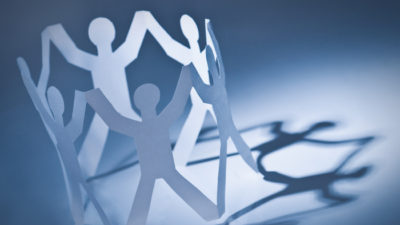 Want to Support Your Community’s Equitable Recovery from COVID-19? Invest in Child Care