Last year brought on some of the biggest climate crises and disasters to date, while 2020 – slated to be the hottest on record again – has seen many of the same communities already most impacted by climate change also being devastated by COVID-19. After decades of incremental and unequitable environmentalism, everyone who donates to environmental work must reckon with the shortcomings of the mainstream movement and sincerely consider where to direct their support as we move forward.

Since they were founded, billions of dollars have gone to environmental organizations with well documented histories rooted in white supremacy and a continued lack of diversity within their staff and leadership. These groups have been entrusted by their supporters to find solutions to the most urgent issues of our time while being led by people who are least likely to be affected by those very issues. Because of this disconnect, many of these groups don’t foster meaningful engagement with frontline communities – who are directly impacted most by extraction, pollution, climate change and their root causes, including white supremacy, patriarchy, and colonization – and end up supporting incremental and false solutions which further extract and concentrate wealth; poison, displace, and imprison communities; and uphold carbon fundamentalism by reducing the climate crisis exclusively to a crisis of carbon.

To make matters worse, environment related work, from mainstream environmentalism to frontline organizing, is consistently supported the least in the United States. Year after year, these organizations only account for 3% of the billions of dollars donated by individuals, foundations, and corporations (of which individual donors are an overwhelming majority). Worse yet, a staggeringly disproportionate amount is handed over to a few of the largest environmental organizations to control. In 2016, for example, fifteen organizations collectively raised $1.9 billion, or 17% of all the money given to the sector. That’s an average of $126 million per organization. With at least 65,000 non profits doing this work, that left less than $141,000 to every other group, if the rest of the money was evenly distributed.

This discrepancy between who has access to political and financial power represents a huge problem for people giving to this kind of work, and an opportunity to set things right:

While a lot of people worry about the coming climate catastrophe, it is our communities -- Black, Indigenous, people of color-led communities who continually experience the destructive legacy of this country, like currently with the combined crises of environmental injustice, climate change, COVID-19, and state sanctioned violence against Black folks. But we’ve also been coming together to solve our problems for decades. Right now, we have an opportunity to reorient our collective environmental practice toward justice. I hope everyone can reflect on what is at stake and gain the courage to trust that those most harmed have the generational wisdom to lead us out of these crises.” - Darryl Molina Sarmiento, executive director, Communities for a Better Environment & Climate Justice Alliance Steering Committee Member.

If we are truly committed to utilizing our personal philanthropy for the better, it is imperative that we protect, repair, and directly invest in frontline leadership while transforming the systems we’re a part of; instead of using our money to further perpetuate their harm and destruction of the planet.

Protect the frontlines by listening to what they have been saying all along and supporting groups who embody common principles and values like:

Repair the frontlines by uplifting their analysis of solutions to the problems we all face and supporting those solution:

Invest in the frontlines directly with multi-year commitments of unrestricted funding:

Ultimately, this means putting an end to everything that props up the dominant extractive economy and engaging in a transformative course correction within our own personal giving, and our communities as a whole. By resourcing those most affected by the climate crisis, we can stand with and support their work for a Just Transition to regenerative economies that are based on ecological restoration, community protection, equitable partnerships, justice, and full and fair participatory processes. This is no small feat, but with plenty of visionary frontline leadership already available to guide us, it is something that we can all start right away. 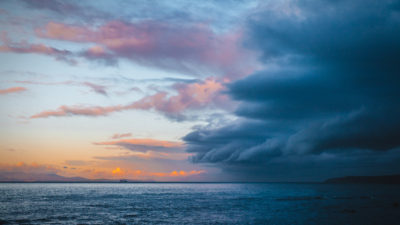 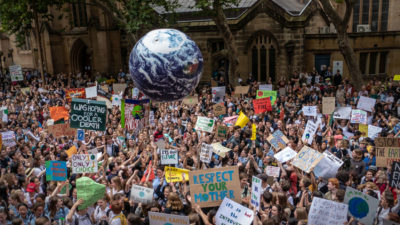 Climate Predictions for the Next Decade 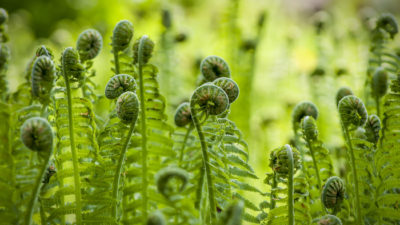