This series explores the various voting barriers for Americans. Part 2. Read more from this series.

We’ve all heard these common refrains and stereotypes, but according to Students Learn Students Vote (SLSV), a national hub and backbone support organization for student voter participation, they’re false assumptions.

“We know that there is a myth out there that students just don’t care about voting, but with the work that we do, we know that that’s a myth,” said Eddy Zerbe, special projects director for SLSV. “Students are engaged and passionate, but they face a lot of barriers to voting.”

According to the National Study of Voting and National Study of Learning, Voting, and Engagement (NSLVE) as documented in Strengthening American Democracy, 48.3 percent of undergraduate students across 1,023 higher education institutions voted in the 2016 presidential election — 11.9 percentage points lower than the national rate among all eligible voters in that election, though 3.2 percentage points higher than in 2012.

SLSV hopes to increase these numbers in 2020 for the 20 million college students in the U.S. Getting students into the habit of voting now increases the likelihood that they will stay civically engaged for a lifetime. Also, students are future leaders. By making voting accessible, colleges and universities can help create the next generation’s informed and engaged electorate.

SLSV was started in 2016 and has grown into a coalition of 400 nonprofits in 50 states working on 2,000 college and university campuses. It provides year-round support to students and institutions working to expand democracy on their campuses through resources, convenings, and funding to college campuses. SLSV takes a two-pronged approach to advancing voter participation. First, it helps students through voter education and overcoming barriers to voting, which can include lack of ID and difficulty accessing polling places.

“Many students don’t have cars on campus and that means they don’t have driver’s licenses either,” Zerbe said. “Thus, getting to the polls, even if they are close by, and not having ID can be a barrier to voting. Also, many students are first-time voters and the voting process can be complicated.”

The second part of SLSV’s approach is to work with institutions to integrate civic education into campus life on an ongoing basis. SLSV created The Checklist, a four-step process to help colleges “Lead, Engage, Assess, and Plan” their democratic and voter engagement initiatives.

“It’s really important that campuses don’t just throw one polling party and then stop,” said Zerbe. “Creating a culture of civic engagement on a college campus is an ongoing process that should be measured and improved over time.”

Getting The Student Vote Amid a Pandemic

One of SLSV’s newest programs, which it launched in partnership with MTV, Alliance for Youth Organizing, and Campus Vote Project, is +1 the Polls. The program’s original goal was to provide college campuses with everything they need -- signage, toolkits, instructions for recruiting student poll workers, and more -- to place and protect polling places in and around college campuses. But then COVID-19 hit and colleges shut down.

SLSV quickly pivoted and +1 the Polls is now working intensively with 43 student leaders across the country to advance this work. They aim to help these leaders address any additional voting barriers which may be caused by the pandemic, including educating students on how to process and drop-off mail ballots.

“We know that most colleges are going into 2020 with a plan to be partially open, which means that there will be some students on most campuses. We’re figuring out what can be done online and what that will mean for students,” said Zerbe.

Ask Every Student -- another major initiative by SLSV -- encourages college leaders and administrators to make the structural changes necessary to increase student voter engagement. The goal of the program is to use systems already in place on campus to ask every student about participating in democracy. On some campuses these conversations can happen through the financial services department. At others, like community or commuter colleges, administrators might access every student via their parking pass.

In 2020, SLSV is also administering a robust micro-granting program which prioritizes investments in Minority Serving Institutions (MSIs), Hispanic Serving Institutions (HSIs), and Historically Black Colleges and Universities (HBCUs). This funding is unrestricted and supports trusted messengers who know the best ways to connect with and support the students on their campuses.

“Research shows that once somebody votes, they are much more likely to vote again,” Zerbe said. “I’m proud that SLSV is putting students on the path to becoming lifelong voters.”

Donors can support SLSV in the following ways: 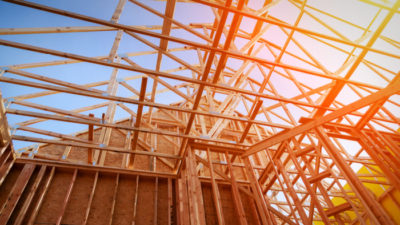 How Philanthropy Can Support Media and Journalism 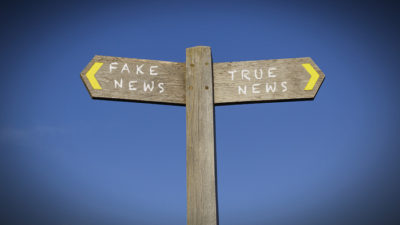