A Dark Side of Disaster Philanthropy

Imani Daniel is at the forefront of a herculean effort to help the most vulnerable people on St. Thomas restore normalcy after hurricanes Irma and Maria. She helped launch the St. Thomas Recovery Team in the chaotic days after the storms to address the urgent needs she saw on the island she calls home — a life-threatening lack of access to medicine, dangerously slow distribution of food and water, and rampant denial of federal aid. She’s also grappling with an unexpected challenge: the requests by funders who live thousands of miles away.

“Our organization is kind of shifting our mission to fit their wants and their needs, which is not fair to our constituents. People are telling us ‘we need our roofs fixed,’ ‘we need homes,’ but we may not be able to prioritize as we’d like because we’re beholden to the wishes of funders,” Daniel said.

Daniel’s challenge is one shared by many organizations in the throes of climate-related disasters, which are growing in frequency and severity around the world. In disaster-affected regions, the need for flexible funding models is acute and largely unmet, according to Britt Lake, the Chief Program Officer of the Disaster Recovery Network at GlobalGiving.

The monopoly of humanitarian aid is one part of the problem, she said. Local organizations like the St. Thomas Recovery Team received less than 3 percent of overall humanitarian funding in 2017—a figure that in the past has dipped even lower.

“By directing nearly all funding to large, external groups, recovery programs are likely to be rigidly determined by people who don’t know the communities well and won’t stay in the communities to see recovery efforts through in the long run,” Lake explained.

Groups rooted in the affected communities, on the other hand, are deeply invested in outcomes.

“They know what works and doesn’t work in their communities, and they’re committed to getting things done for their neighbors,” Lake said.

Over a year has passed since Irma and Maria devastated the Virgin Islands, and the needs of survivors are still evolving, which can sometimes make it difficult for the St. Thomas Recovery Team to determine how to request and allocate resources in advance, Daniel said. Funders’ pet causes can also get in the way, she said. For example, the St. Thomas Recovery Team may win a grant to install solar panels in homes, but needs funds first to repair roofs.

We’re torn between not turning away any resources because we desperately need them and putting them to good use, but then also telling our constituents it might be a bit longer before we get your priority settled just because of how the funding game works.

Lake, of the Disaster Recovery Network, recommends funders consider three principles to mitigate issues like the ones Daniel described:

Trust is one of the founding values at the Disaster Recovery Network, which has distributed nearly $70 million to countries facing disasters and humanitarian emergencies since 2004.

“We trust local organizations to deliver the solutions that make the most sense for their communities, and we tailor our grantmaking and capacity-strengthening services to their needs,” Lake explained.

Daniel’s success also hinges on a trust-based and collaborative model. Her team works hand-in-hand with public and private organizations to achieve its mission and depends on the capacity of locals to accomplish recovery projects.

The Disaster Recovery Network asks its grantees to broadly describe how they’d like to spend funds — but skips asking grantees to earmark every penny of a grant upfront. This gives organizations on the frontlines the flexibility to shift spending as priorities change.

Lake recommends grantors find out what aspects of their grantmaking processes frustrate their grantees, and be willing to try different ways of operating. For example, English is a second — or third or fourth — language for many of Lake’s grantees. She had to adapt.

“That means phone calls, with a translator available if possible, are often much more efficient than back-and-forth paper trails,” she said.

After a crisis, the Disaster Recovery Network also amends its grant application requirements to ease burdens on already over-taxed staff, substantially reducing its application length and encouraging applicants to define their own success metrics, rather than asking them to adhere to metrics it sets from afar.

How to Invest in Rural Communities After Disasters 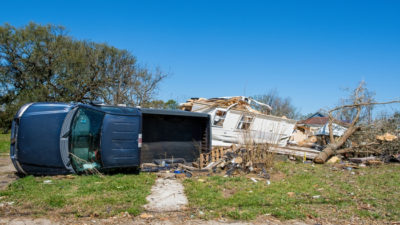 How Funders Can Support Communities Affected by Complex Humanitarian Emergencies 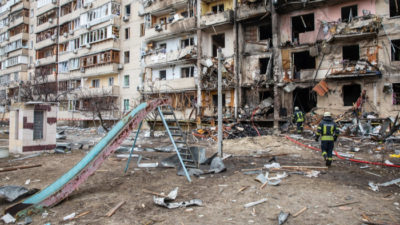 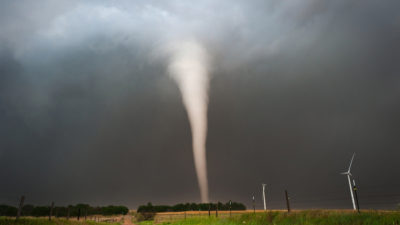