About Raj and Anna

Take time to understand the issue holistically. Identify the key players making wide-scale impact, and then figure out how you can best support/collaborate with them -- with your mind, money, and muscle, along with your network, social capital, and influence. And don't be afraid of failing. We are big fans of experimenting because no matter what, we walk away with lessons learned.

Anna: When we look back, we believe our journey was that of a typical immigrant’s "American Dream"-- Raj's first job was as a dishwasher in a large hospital in Michigan, and after four decades of a fulfilling career, he retired in 2010 as the Chief Strategy Officer at Perot Systems. Similarly, I retired from an executive role at Electronic Data Systems in 2009. We often say that United States is truly a land of opportunity as our trajectory could only have been possible due to the numerous growth opportunities that is possible for hard working folks in this great land.

Raj: ​We spent several decades living the corporate lifestyle, traveling extensively and working almost around the clock. When our two sons went off to college, we found ourselves in the typical empty nester position, searching for a broader sense of purpose. We became increasingly aware of our depleting time account and decided to prioritize that over bank accounts. With aging parents, a large extended family, intention of giving back to the community, and a beautiful world to travel, we knew it was time to retire from the corporate world and that our retirement will be fulfilling. Our work in the philanthropic sector increased. We started giving our time in addition to money. I mentored students and young entrepreneurs, Anna and I were leading various charities, it finally felt like we had a good balance in life.

Anna: Active participation in a variety of charities proved to be a fantastic educational experience on what it takes to make a meaningful impact. We learned to inspire volunteers, court and retain donors, and leverage the talent and networks of a board.

Raj: From the start, our philanthropy mantra has always been: Positively impact the community, by engaging the community. And that has always meant showing up with everything that we have: Our dollars, our networks, our skills, and ready to give our time.

On getting involved with the issue of hunger
Raj: The Mayor of Plano [Texas] invited me to support a "Food 4 Kids” Backpack Campaign that would provide food-insecure children with enough food to last over a weekend. When I heard him say that one in four school children did not know where their next meal would come from, I thought he was talking about another country. But he corrected me. “No Raj,” he said, “I am talking about Plano and the schools that our children attended.”

Anna: We had always associated issues like hunger with homelessness, and with developing countries and emerging economies -- not with our own neighborhood. Especially in a city like Plano, which was talked about as one of the most affluent cities in the country. We were perplexed about why, if hunger was such an urgent issue, it had taken so long for us to hear about it.

Raj: As we dug into the issue, we learned that more than 800,000 people in just North Texas regularly sought food assistance from the North Texas Food Bank. We also learned that it was not an issue unique to North Texas; there were 200 food banks across the USA to help feed the more than 38 million people hungry in our country.

We noticed was that there were not very many people of Indian origin volunteering with us at the food bank. We realized that hunger was never an issue brought up or talked about in our social circles. We saw a tremendous gap/opportunity here, and decided to commit our resources, skills, time, and networks to mobilize the Indian community in the fight against hunger. And that's how HungerMitao was born.

Anna: We knew from the beginning that our work wasn't about creating a new organization. Every county, every zip code in America is already covered by the Feeding America network of food banks. We decided to create a true movement to bring the power of the Indian community to this powerful engine.

We also knew that this movement starts with us, and that we needed to step up as role models for the community we were trying to influence. We donated $100,000 to the North Texas Food Bank and committed at least three years of our lives to engaging the Indian American community in this fight against hunger. We also challenged ourselves and the community by setting an ambitious goal of enabling one million meals for the North Texas Food Bank.

On growing the HungerMitao movement
Raj: That first year we must have conducted over 150 “awareness sessions,” from audiences of two people at a Starbucks, all the way to 20,000 people at an Indian community event at the football stadium.

We created the HungerMitao Steering Council, a body of core supporters to ground the movement, and created monthly volunteer opportunities at the food bank for HungerMitao supporters. With Bollywood music playing while people came out to volunteer with their friends and family, it was a joyful celebration that they wanted to return to every month. As a result, seven months after HungerMitao's launch, we hit our immediate goal of funding one million meals for the North Texas Food Bank and the movement continued to catch strength.

Anna: Word of this community movement spread, and we received inquiries from leaders at the Houston Food Bank. We were ready since our corporate careers had trained us to templatize everything.  We worked with the Houston Food Bank to launch HungerMitao there in October 2018. Over the next three years, we launched HungerMitao in other cities with a strong Indian population, including New York City, Atlanta, Seattle, and Tarrant Area [in Fort Worth], and established a national level campaign at Feeding America. Closing in on the fourth year since the launch of HungerMitao movement, the Indian diaspora in the U.S. has now enabled over 35 million meals for the population served by the food banks.

We have maintained our core model with each launch -- building partnerships with local food banks, identifying passionate local Indian community leaders in each city, and sharing our templates for a quick start as well as pathways to deeper engagement. HungerMitao is a movement, connecting the Indian American community with their local food banks. Once HungerMitao is up and running at a food bank, we step back and continue to serve as mentors, letting the local volunteers be the spokespeople and lead at the local level.

On running a successful grassroots, volunteer-driven movement
Anna: We show up as community members, rather than as donors. This movement is not about us as individuals or as philanthropists, and nothing is named after us. We are awakening and galvanizing the power of a community -- the Indian American community -- that is mobilizing to fight hunger in the land we call home. We are clear in the mission of HungerMitao and are highly motivated in the spirit of “give where you live.”

We are also mobilizing the community in ways where it is both strategically informed and culturally connected with the cause. The Indian community in the U.S. is not unified in volunteering and has limited engagement when it comes to giving back to causes in the U.S. We also tend to identify with and support causes in India because we see the need.  Yet hunger is an issue we are all familiar with from back home, and so it resonates deeply with people. We are providing our community with opportunities to strengthen connections with their local food banks as well as with other members of the Indian community, and to celebrate their Indian-ness while also stepping into the best of what it means to “give where you live.”

On the future of HungerMitao
Raj: Our ambition is two-fold: To scale up, and to scale across. We want to scale our model up to as many locations as we can -- we have a heat map of where the Indian population is concentrated in the country and are planning our expansion accordingly. We want to scale across to other communities to include more people in the fight against hunger -- the Indian community is less than 1.5% of the U.S. population. In the North Texas area, the Chinese American community took us up on this offer and in a matter of few months, we were able to help them stand-up Nihao – a Chinese American community-driven movement modeled after the HungerMitao movement. In a matter of just three months, they raised over a quarter million meals for the North Texas Food Bank.

Anna: The assets are all there, other communities can leverage the HungerMitao model and adjust it to fit their needs and cultural requirements. We have a lot we can offer, from tools and templates to experiences and lessons learned. Besides the model, we will also provide ongoing mentoring, guidance, and support for as long as is needed to stand up the movement.

On how other donors can get started
Anna: Don't try too hard to find the "perfect" issue or the "perfect" giving strategy, because the truth is there is never a "perfect" way to do things. Start by being active in your own community. Nothing in our past pointed us towards issues of hunger or food, yet by engaging in the community, we have found our purpose.

Final Thoughts
Raj: A while back, Anna and I had the good fortune of listening to a discourse in Los Angeles by an Indian guru.  A learned and holy man, he eloquently talked about life’s struggles and shared three magical words that caused us to reflect and rethink the way we lived our lives. A human life, he said, is best lived through three stages: Learning, Earning, and Returning. We are learning that Returning is the best deployment of our hard-earned earnings and can be so joyous when done wholeheartedly.

Time to Act has a network of high net wealth individual donors across age, ethnicity, location, and issue area who want to share their experiences, challenges, and insights to inspire others towards action. To request a speaker, fill out this form. 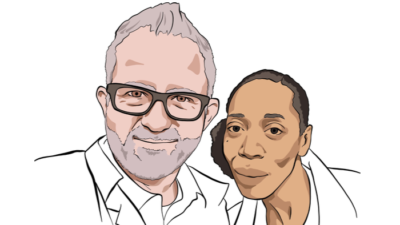 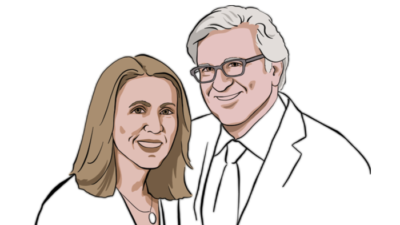 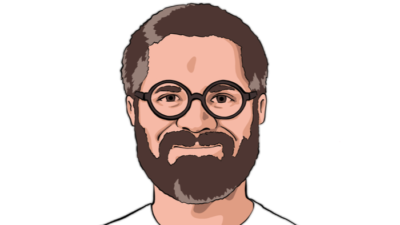