Sisterhood Strength: How Women Are Fighting Hate and Building Relationships Across Religions

By Andrea Pactor, Former Director at the Women's Philanthropy Institute.

High in the Andes Mountains, a chance meeting occurs between two women of different backgrounds while touring Machu Picchu. One woman is Muslim of Indian heritage from New Jersey and the other is a Jewish woman from Chicago. Their common bond? Both women belong to the Sisterhood of Salaam Shalom, a global organization working to combat hate, Islamophobia, and anti-Semitism.

After a decade, the Sisterhood has grown to more than 170 chapters in 34 states, across three provinces in Canada, and in Berlin. Women in London and Krakow have also expressed interest in forming chapters.

The Sisterhood has also expanded its reach to include teenage girls. Currently, there are 15 teen chapters that are actively meeting or getting started. In addition to the teens focusing on building trust and relationships, the girls are committed to social advocacy programming and can be found working with homeless shelters, providing supplies to domestic violence shelters, or visiting schools to educate elementary school students about fighting hate. The teens are provided with formalized leadership training and the teen chapter structure provides the opportunity for rotation of chapter leaders among the girls every year or two.

The Heart of The Sisterhood of Salaam Shalom

While the organization’s mission – to build trust, respect, and relationships between Muslim and Jewish women – feels necessary in today’s climate, its creation was inspired by the past.

During a trip to Poland in 2010, Olitzky was “devastated and overwhelmed by the enormity” of what she saw at concentration camps and across the country. She decided she couldn’t let history repeat itself.

“I cannot change the past but I can create a history where love is stronger than hate,” Olitzky said.

With Atiya Aftab, an attorney and adjunct professor at Rutgers University, Olitzky co-founded the first Sisterhood of Salaam Shalom chapter that year with the goal of creating a model that could be replicated. Every chapter is co-led by a woman from each religion. The Sisterhood’s website features a manual for organizing chapters, guides for difficult conversations, etiquette tips for visiting Muslim and Jewish homes, and results of a survey about the Sisterhood’s impact on its members. As a grassroots organization, it relies on women to step up as leaders and chapters can only start when women dedicate themselves to the task in local communities. There is currently a wait list of 1,500 to 2,000 women to join chapters.

These chapters are at the heart of the organization. The Jewish and Muslim women come together for person-to-person interaction through an annual conference and an annual Building Bridges trip. Previous trips included journeys to Bosnia and Albania in 2016, Azerbaijan in 2017, and the Civil Rights trail in the southern U.S. in 2018. Last year, 53 women went to Germany and Poland. Their visit to Auschwitz was the first known time that Muslim and Jewish women and teens travelled together to the extermination camp. They conducted a memorial service with prayers in English, Arabic, and Hebrew to honor those who perished. Participants commented that they were “seeing the world through each other’s eyes” and “when one of us is hurting, we all hurt.”

Following the trip, one participant said, “So much pain in the world. Maybe it’s important that our hearts stay at least a little broken, to keep our compassion as fuel.”

The Sisterhood has received international recognition for its interfaith efforts to build trust and respect between Muslim and Jewish women and teenage girls. In December, the United Nations Alliance of Civilizations (UNAOC) and the BMW Group presented the Sisterhood of Salaam Shalom with the prestigious Intercultural Innovation Award.

“This award proves what we set out to do,” said Olitzky. “We could change the world one woman at a time.”

Olitzky offers three points of advice to other women thinking about opportunities to drive change.

If building bridges through interfaith dialogue and international recognition wasn’t enough motivation to keep moving forward, Olitzky stays energized by her granddaughter’s words, “Safta [grandmother in Hebrew], I want to be like you when I grow up. I want to end hate.”

10 Black Women Who Are Leading Through Generosity 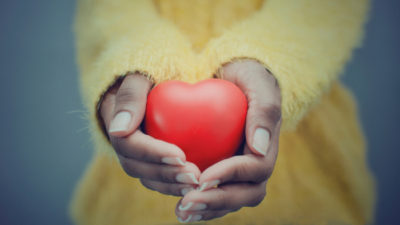 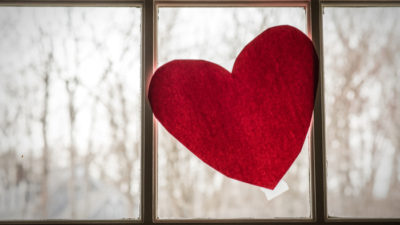 Encouraging Giving to Women’s and Girls’ Causes: The Role of Social Norms (Report) 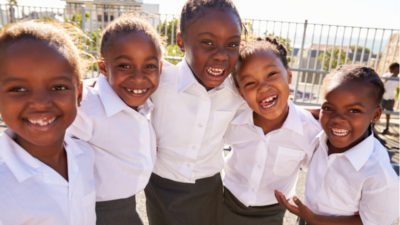