The Women’s Funding Network: A Powerful Force in Philanthropy

By Cynthia Nimmo, President and CEO of the Women’s Funding Network.

Thirty years ago, the women’s funding movement was a gathering of a handful of leaders that were convinced philanthropy needed to more fully recognize and include women’s voices. Today, the Women’s Funding Network has grown into the largest philanthropic network dedicated to women and girls -- totaling more than 100 women’s foundations and funds.

To better understand how these organizations support charitable giving to women by women, the Women’s Philanthropy Institute (WPI) conducted an organizational scan in its report, Women’s Foundations and Funds: A Landscape Study. The report found that regardless of their size, women’s foundations and funds play a critical role in creating positive change for the broader community by investing and advocating for women and girls.

One of the major highlights from the report is that women’s foundations and funds consider the community as a whole to be an indirect recipient of their grantmaking. A majority of women’s foundations and funds (76 percent) support nonprofits in their local communities -- demonstrating that these organizations are skilled at connecting the well-being and success of women to the well-being and success of their communities.

For years, women’s foundations and funds have worked off the adage that: When you invest in women and girls, you invest in their families, in their communities, and in the country. Today, we’re seeing the results of their efforts. Across the country, organizations like the Chicago Foundation for Women are mobilizing philanthropic resources to positively impact their local community. Founded on the principal belief that women and girls are catalysts for change, the organization supports initiatives like the 100% Project which takes a multi-sector approach to increase women’s economic security and put an end to gender bias in metropolitan Chicago.

While women’s foundations and funds primarily exist for the purpose of grantmaking, nearly two-thirds (64 percent) of these organizations also engage in other activities to support their mission -- from hosting events and conducting research to advocating on behalf of women and girls.

At the Women’s Funding Network, we’ve seen an exponential increase in the number of members that are funding and engaging with advocacy. Five years ago, approximately 30 percent of members were involved in advocacy. By 2018, we saw an increase to approximately 60 percent involved in advocacy -- whether through grantmaking, direct engagement or both.

And while the focus of advocacy efforts varies across our global network, there is a deep investment in advancing economic equity, health and safety, workplace fairness, improved childcare and family support policies and systems. In 2019, the Women’s Foundation of Colorado advocated for and won the passage of several pieces of legislation advancing the economic well-being of women and their families.

The Canadian Women’s Foundation launched The Gender Equality Network, a national network of more than 130 women leaders from across Canada working together over the next three years to advocate for policy changes, build inclusive intersectional leadership, and take collective action to advance gender equality in the country. Across the globe, the advocacy work being done by our members is transformative.

Although a large share of women’s foundations and funds support women and girls in a general sense, interviews conducted for the WPI report often touch on intersectionality. Interviewees mentioned viewing themselves as change-makers and stated that facilitating empowerment was a defining element of their work.

The Women’s Funding Network knows from experience that the way in which women’s foundations and funds do their work and grantmaking is deeply rooted in research and communication with the community. The Women’s Fund of Greater Birmingham’s Collaboration Institute employs a strategy-based funding model. Under this model, the Institute provides resources and support to local organizations that are committed to leveraging their women and children-focused services for the betterment of the community. Taking a two-generation approach, the Collaboration Institute is making strategic investments to promote system cohesion and empower organizations to align efforts.

Practices of openness and transparency are at the root of these organizations' identity and ways of operating. At the Women’s Fund of Central Ohio, in keeping with their firm conviction articulated in their values statement “All voices will be heard,” their grant review process takes place with the full engagement of hundreds of women and girls from the diverse communities in the region they serve.

These organizations understand what it takes to make grants that lead to meaningful results in their communities. Women’s foundations and funds understand that if they’re going to shift how people behave or how they think, it’s going to take a long time. And they’re in it for the long haul.

Donors Pledge: Advancing Gender Equity During COVID and Beyond 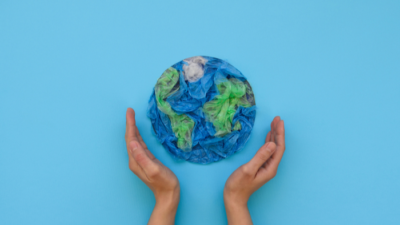 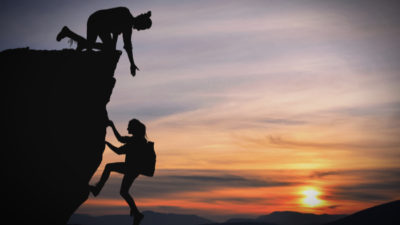