Intentional Action Toward Equity in Philanthropy

As the pandemic cut its path through the world, entrenched inequities  quickly became so obvious that they could no longer be ignored. While decades of research had consistently shown that people of color and women carry the heavy burden of our inequitable world, it took a pandemic to bring them to light. COVID-19, as philanthropist  Nicole Shanahan  eloquently put it, came along and was the “truth serum that woke us all up to what’s lacking [and] asking us all to examine what role we need to play as well.” 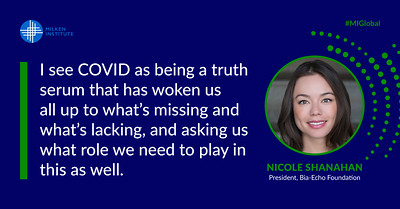 Women took on a disproportionate amount of childcare and homeschool responsibilities, and their paid jobs were often at risk because of it. The data bear this out: women account for more than 55% of jobs lost since February 2020.

Nearly a year into the pandemic, people of color continue to endure a double-punch of increased rates of infections and death due to COVID-19, and an even tougher economic impact: according to the National Bureau for Economic Research, in the three short months from February to April 2020, Black-owned businesses fell by 41%, and Latinx-owned businesses fell by 32%.

The health and economic inequities we have seen over the course of the past year are not new problems. It is now widely recognized that they are the unfortunate outcomes of decades—or rather centuries—of practices, policies and customs that keep the least advantaged among us in positions where they are constantly swimming against the tide.

The pandemic has brought an opportunity to turn this tide, once and for all. It’s time to do what philanthropy does when it’s at its best: take intentional action.

In our work at the Center for Strategic Philanthropy (CSP), we have been watching donors lead by example, taking meaningful steps toward equity in their giving. These strategic contributions have made headlines in part because of the big-name donors making them. But their outside-the-box approach to selecting grantees and their commitment to equity  and transparency is noteworthy.

A few examples from the donors we have worked with stand out.

The Misophonia Research Fund, managed by CSP, took on a specific effort to eliminate gender bias in its grantmaking to scientists working on a brain-based condition known as misophonia. After issuing its first request for proposals, the intake team prepared each response for review—and removed first names and pronouns that would indicate  the gender of the respondents. Each scientist became simply “Dr.” It was a subtle change, but resulted in a shift in how people spoke about the research. Women were the lead scientists on 38% of the proposals we received, but in the end, 50% of the awards went to women scientists, and 50% men. The program continues, and gender equity is a cornerstone of the grantmaking.

Aligning Science Against Parkinson’s (ASAP), an initiative CSP helped incubate, is in the throes of a groundbreaking effort to ensure people of Latino origin are included in clinical studies. (Most research across most scientific fields focuses on subjects of European ancestry.) The first critical step is that they are bringing researchers from around the world together to understand the genetic Parkinson’s Disease, and they’re focusing on underrepresented populations. You can read more about their work here.

Channeling the discussion on equity in philanthropy at the Milken Institute’s 2020 Global Conference, achieving racial and gender equity will mean taking a holistic approach to all aspects of philanthropy, and intentionally threading racial and gender diversity into philanthropy’s core fabric. It’s not an easy undertaking, but evidence is emerging that it is possible, and even better, it’s starting to happen.

Visit the Center for Strategic Philanthropy's website for more resources. 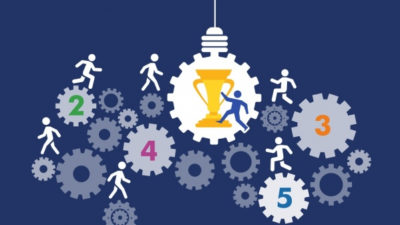 The Philanthropic Effect of 2020: Watershed or Anomaly? 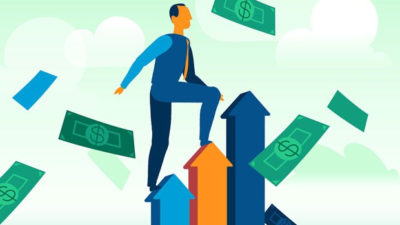 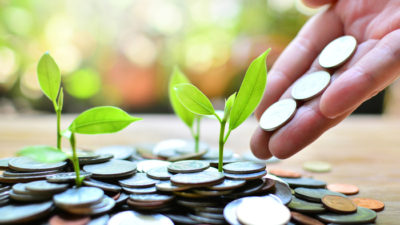