Rule of law is the cornerstone of society. Though it’s not recognized, understood or appreciated enough, according to the World Justice Project, it is essential for development and human rights.

Bill Neukom, Microsoft’s first general counsel, was the president of the American Bar Association when he founded the World Justice Project in 2006. It began as a presidential initiative and evolved after his tenure into the independent nonprofit it is today, with offices in Washington, D.C., Seattle, Singapore and Mexico City.

The idea for the organization sprang from Neukom’s growing appreciation for rule of law as he traveled around the world for Microsoft and saw firsthand how important it was for development. Yet, not many people were working to promote it. There wasn’t even a clear definition for the term, as many people used it to mean many different things.

So, that’s where the World Justice Project began, by defining rule of law with four principles:

“The principles were our attempt at defining rule of law in a way that can be universally applicable around the world, not just to a specific form of government. You can have features of rule of law anywhere, at all levels of development and even beyond democracies,” says Matthew Harman, director of communications at the World Justice Project.

But just defining rule of law wasn’t enough. As Microsoft founder Bill Gates once said, “If you want to improve the rule of law, you need a way to measure it.” So, they decided to do just that. They settled on eight measurable outcomes, which they call factors – constraints on government powers, absence of corruption, open government, fundamental rights, order and security, regulatory enforcement, civil justice and criminal justice. In addition, they added one immeasurable outcome: informal justice, which is the role of traditional, tribal and religious courts as well as community-based systems in resolving disputes.

Then, based on that framework of factors, the World Justice Project developed extensive household and expert surveys to measure rule of law in countries every year. The first WJP Rule of Law Index published in 2010 looked at 35 countries. This year, it looked at 113 countries. The next edition will look at 125.To score each country, the World Justice Project conducts 1,000 household surveys per country that include both perception and experience questions, such as “How safe do you feel walking in your neighborhood at night?” (perception) or “How many times in the last three years has your house been broken into?” (experience). The data collected from these household surveys constitute half the country’s score. The other half is from four types of expert surveys: civil and commercial law, criminal justice, labor law and public health. When household perceptions are swayed too much by politics or media, these expert surveys serve as a balancing mechanism. For example, they’ve found that when a government conducts an anti-corruption campaign, people tend to think there’s more corruption in the country, because the issue is all over the news. In such a case, experience questions and expert surveys keep the country’s corruption score true to reality.

According to Harman, the annual Index is a labor-intensive, time-intensive and money-intensive product. No one else, he says, is measuring rule of law this comprehensively using only primary data. And it has paid off.

“We are considered the leading source of original data on the rule of law,” Harman says.

Transparency International’s Corruption Perceptions Index, for example, utilizes the WJP’s Rule of Law Index’s corruption scores as a core data source, as do many businesses and governments.“The index is supposed to be a diagnostic tool that activists can use, but so can governments to get a good look at their own performance along these lines,” Harman explains. “It’s not intended to shame and blame anybody.”

After years of adding countries and refining the methodology, Harman says the 2018 Index, published on January 31, was the first time the World Justice Project was able to confidently compare year-on-year trends, and this is what they found:

Human rights is on the decline. Seventy-one out of 113 countries’ fundamental rights score dropped. The U.S. was among them primarily because of an increase in discrimination. Checks on government powers was the second steepest decline, with 64 countries dropping.

Overall, Venezuela remained at the bottom of the rule-of-law rankings, while Denmark, Norway and Finland remained the top three – positions they’ve held since 2016. But the Philippines dropped “precipitously,” as Harman described it, losing 18 places to 88th out of 113 countries, which some human rights organizations attributed to President Duterte’s “war on drugs.” To date, more than 20,000 people have been killed, according to some estimates.

Harman says the Philippines’ drop elicited a lot of media coverage in the country when the Rule of Law Index was published. That’s one example of how the Index contributes to progress – by giving reformers – politicians, activists and others – the data they need to push for reform.

“A core belief of ours is that you can’t really improve rule of law from the top down – from a U.S.-based NGO pushing reforms in various countries,” Harman says. “It has to come from the ground up.”

That’s why another key component to the World Justice Project’s work is engagement, which includes fostering a global network, leading strategic convenings and incubating practical, locally-led programs. One program, for example, trained young women in Nepal who had survived sex trafficking to become certified paralegals. These women were then placed in rural police stations to provide frontline assistance for victims of crimes. Not only did the program empower these survivors to become agents of change, but it also reduced the risk of police corruption (like harassment) and improved reporting, because women felt safer reporting crimes to someone who understood their experience.

Another program incubated by the World Justice Project launched the first environmental news website of its kind in Peru. Actualidad Ambiental contributed immensely to the success of an Amazon village (Puerto Prado) getting their land protected as a private conservation area. It also paved the way for more mainstream coverage of environmental issues in the country. A few years later, one of the site’s former executive directors, Manuel Pulgar-Vidal, became Peru’s Minister of the Environment.

Since its founding 12 years ago, the World Justice Project has come a long way, incubating programs, gathering data and expanding the Rule of Law Index. Perhaps most importantly, they’ve seen their definition of rule of law being used more widely and more people are talking about it.

Over the next decade, their primary hope is for that conversation to continue. “We would like to see more people talk about the rule of law in an informed way and increase awareness of and appreciation for the rule of law as the foundation for a functioning society,” Harman says.

But in order to do that, he says it’s time for the World Justice Project to widen its focus from expanding the number of countries the Index covers to honing in on specific topics, demographics and even states within countries.

“The index has reached a critical mass,” Harman says, “It’s being reported on and people recognize it. But to get greater awareness for it, we need to move past the words ‘rule of law’ frankly, because not everybody realizes that human rights or prison reform is related to rule of law.”

“We need to meet them where they’re at, give them information that’s interesting and then encourage them to see how it’s connected to the larger framework.” 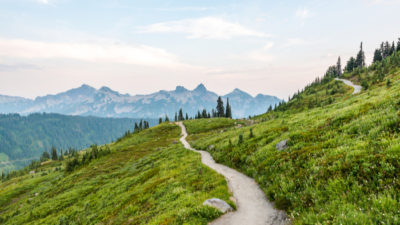 SDG17 (Rethinking) Partnerships for the Goals 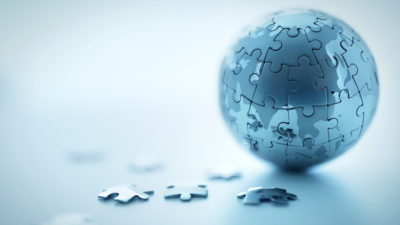 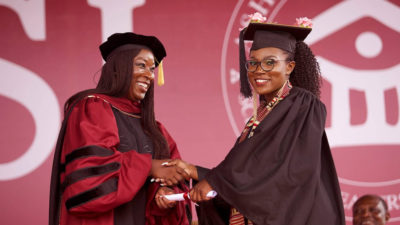