In philanthropy, the status quo upholds imbalanced power dynamics and barriers that keep out smaller, grassroots organizations, especially those led by people of color who are often closest to the problems and solutions. The result? A drastic funding gap across racial lines. While many grantmakers sprang into action in 2020, treating this gap as an urgent crisis, nowhere has this crisis been more visible than in the Native American community. 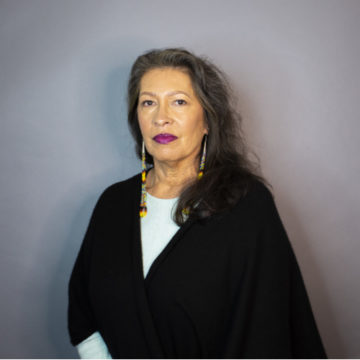 Native Americans are 2% of the U.S. population but receive just 0.4% of philanthropic dollars. For historically excluded communities to thrive, specifically, Indigenous communities, we need more equitable grantmaking practices and less roadblocks. I recently spoke with Judith LeBlanc, member of the Caddo Tribe of Oklahoma and Director of the Native Organizers Alliance (NOA), to learn more about her work and her take on how philanthropy needs to change to support Indigenous communities.

Q: Tell us about the work you’re doing through Native Organizers Alliance.

Native Organizers Alliance is a national organizing and training network born out of the grassroots organizing to support the Indian Healthcare Improvement Act, which was rolled into the Affordable Care Act (ACA). Our roots are grounded in the idea that mobilizing and organizing grassroots political power is the only way for us to achieve any sense of equity and ultimately, achieve tribal sovereignty. We were first a training initiative, funded by Robert Wood Johnson Foundation, and led trainings in Indian Country on organizing. Now we are a national network that works in many different ways to build the capacity of tribal and community leaders and organizations to make change at the local level, while giving them a national platform to change the relationship with the federal government and its policies and become part of the bigger conversations on a national level on an array of issues affecting our quality of life.

Q: Is there a specific campaign you think best tells the story of your impact?

We just finished a journey called The Red Road to DC -- a cultural and spiritual campaign sparked by The House of Tears, where for the past 20 years, Lummi Nation carvers have designed totem poles and brought them to places to lift up what’s happening in those areas and to promote healing. For example, they went to the Pentagon right after Sept. 11 and they brought a totem pole to Standing Rock to lift up the prayers, hopes, and political attention to the struggle for environmental justice.

They approached NOA after the 2020 elections because they understood the historic moment. Native grassroots political power was organized in historic numbers and acknowledged by all the political parties. Grassroots political organizing made the confirmation of Congresswoman Deb Haaland as the first Native American Interior Secretary possible. We wanted to bring together all those who have been working to protect sacred sites, connecting over 17 Nations to build momentum for federal action to protect all sacred places endangered by climate chaos, extractive fuel energy, and careless, reckless development schemes.

The Red Road to DC was a cultural initiative to deliver a totem pole to the Biden-Harris administration to remind them of their ancestral responsibility to protect Native peoples’ rights to practice our ceremonies. Over a two-week journey, we moved resources to local groups along the way, and provided public relations  support to bring in local media to cover their organizing work. All of this culminated with a meeting with Haaland to talk about what federal urgent action is needed now. The success of the journey, which included the totem pole being accepted and put on permanent exhibition at the U.S. Fish and Wildlife Service national training center, is a great example of what NOA does to support local organizing and work across Nations to interrupt the national narrative and to influence federal policies.

Q: Do you have thoughts on why philanthropy continues to underfund Indian Country and Native-led work?

I think there are three factors: Indian political power, Indian organizing, and the dominant national narrative. We have been omitted and erased in history and in popular culture. But now we are interrupting the national narrative by being a part of the larger grassroots movement for environmental justice, voting rights, and racial justice. We have garnered increased traditional and social media coverage.

Second, although we have consistently high voter turnouts, we weren’t acknowledged as a critical constituency by any political parties until recently. The 2020 record voter turnouts resulted in increased visibility with elected officials making it possible to bring about big political changes; the confirmation of Haaland is a reflection of that. We are finally being recognized for the political power that we bring to the table and the solutions we have for addressing systemic problems like the climate crisis or sustainable, regenerative economic development.

The third reason is that people are not in relationship with tribal or Native communities. We’re the only community of color that actually has a collectively owned land base that has been self governing since the beginning of time. The highly visible social movements in enviromental justice, voter protection, and violence against women have interrupted the narrative and garnered the attention of not only the media and elected officials, but also popular culture producers. Currently, the first-ever written and directed Native TV show is on FX Network. That is a commentary of how systemic racism affects not only Natives but also how other peoples see and relate to Native communities. It took hundreds of years for Native women to be elected to Congress. We didn’t have Congressional Representatives Barbara Lee or Maxine Waters for our children to grow up with, so if we’re not visible and not engaged in politics, why would philanthropy want to invest in us? Why would philanthropy want to invest in communities that have 80% generational unemployment?

Q. What do you think philanthropy can do differently to adequately resource Indian Country?

Philanthropy should have an appreciation for the fact that Indian communities are ecosystems. In order for us to make a bigger contribution to the solutions to national problems, in order for us to actually protect land and water -- not just for ourselves, but for everyone -- they have to invest in our national leadership, which is Nation by Nation, tribe by tribe, urban center by urban center. Philanthropy has to recognize that we don't have one leader. We don't have five leaders or three or four national Indian groups that represent Indian Country as a whole. In every state and region our communities have sovereign nations and urban leaders and organizations. Philanthropy has to spend time building authentic relationships with communities and their ecosystems. And approach funding as a community investment, instead of focusing on an individual leader or organization.


Q. If Indian Country were funded to scale, what would that look like?

Philanthropy needs to invest in political organizing and political education, leadership development, and the technical, scientific side of implementing some of the traditional ways of protecting land and water, as well as support the spiritual work we do.

Massive amounts of investment in infrastructure is critical for the long-term economic development of tribal lands. We have communities that, because of climate change, have suffered from incredible flooding. We have communities that require the remediation of land where fossil fuel industries have taken the profits and run off leaving incredible devastation on the ground. Our economic development must be grounded in traditional practices, regenerative capacity, and a respect for our urgent need for tribal nations and Native communities to be at the decision-making table on all policies and programs which affect our lands and wellbeing. Treaty rights and restoring a relationship of equity with the federal government is the only guarantee that we can overcome the huge problems we face on the ground in Indian Country.

The Giving Landscape: How, When, and Where You Should Be Giving [Video] 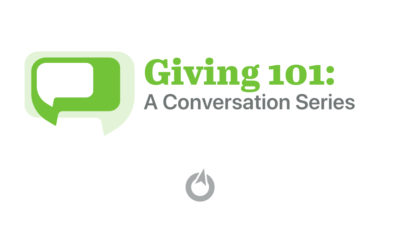 Learning to Listen: What BIPOC Groups Say They Need in This Moment [Part 2] 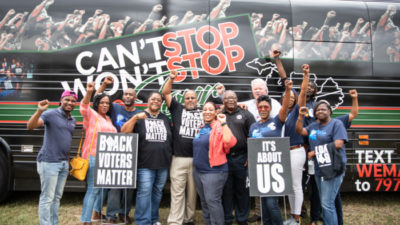 Breaking the Norms of Giving in This Unprecedented Moment [Case Study] 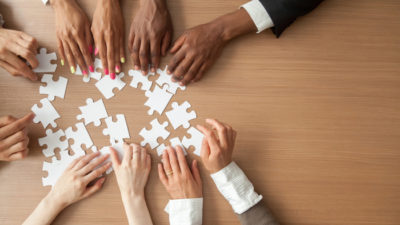