Bill and Melinda Gates Welcome the Philanthropists of the Future

In a letter published for Barron's, Bill and Melinda Gates highlight their partnership with Blue Meridian as an example of how "philanthropy can be a team sport."

Two decades ago, when starting our journey in philanthropy, we were fortunate to have a very wise advisor: Warren Buffett.

Warren had been donating his money since the 1960s, and he helped us think critically about how to donate ours. We wanted to improve education in the United States and fight poverty and disease around the world, and Warren pushed us to be ambitious. In 2006, Warren donated the bulk of his fortune to our foundation, and he gave us a mandate. “Swing for the fences,” he said.

Neither of us were enormous baseball fans, but we understood what he meant. When you swing for the fences, you’re putting every ounce of strength into hitting the ball as far as possible. You know that your bat might miss the ball entirely—but that if you succeed in making contact, you’re going to hit a home run.

Today, that’s how we think about our philanthropy, too. The goal isn’t just incremental progress. It’s to put the full force of our efforts and resources behind the big bets that, if successful, will save and improve lives.

This year, the fence we’re swinging for—and indeed, the entire world is swinging for—is a very obvious and very high fence. The world must end the Covid-19 pandemic and soften its ripple effects, including the adjacent economic crisis that has plunged 37 million people back into poverty. To address the challenge, countries must devote all the money and expertise they possibly can—and even then, it may not be enough.

This is a moment when new philanthropists can step in and help fill the gaps.

For those who are just starting out in philanthropy, we’ve written some general advice below. There aren’t any baseball metaphors, but we hope there is something in here that is useful to you—just as Warren’s wisdom has been to us.

Don’t expect to change the world overnight. Covid-19 isn’t just exploiting the pre-existing conditions in people’s bodies; it’s exploiting the pre-existing conditions in our societies, including racism, sexism, and poverty. We know that the virus is disproportionately killing Black Americans and that women are losing their jobs fastest in the recession.

These inequalities are the result of centuries of discrimination, and there’s no one grant that can erase that history. For philanthropists trying to solve society’s most entrenched problems, please know two things: It will take years of sustained generosity, but we think your work will be worth it.

Philanthropy can be a team sport. This is the closest we come to a baseball metaphor. Historically, philanthropists have put a limit on their impact by working alone. But that’s starting to change. Groups like the Audacious Project, Co-Impact, Blue Meridian Partners, Lever for Change, and the Climate Leadership Initiative are making it easy for donors to pool their money and share their expertise. They can absorb large grants—from $10 million to $100 million or more—and fund really smart solutions to big social problems like poverty, education, and climate change.

Start now. It’s important to do your research before you start to give, but it’s also important to learn by giving.

Swing for the fences,

Funders Are Backing a Push to Clear Criminal Records. For Many Involved, It’s Personal 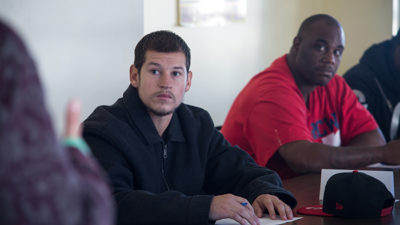 The Future of Upskilling is Here: Webinar Recap 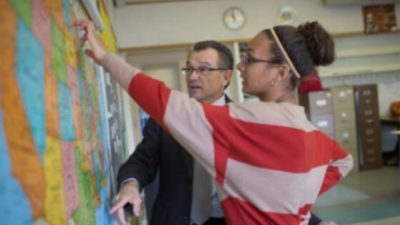