Mutual Accountability for Social Change is a monthly series exploring feedback in philanthropy with practical steps for donors. It serves as a primer for the 2022 publication of David Bonbright’s (co-founder and chief executive, Keystone Accountability) book on the emergence of mutuality — working on relationships and not just in them — as a breakthrough approach to philanthropy and social change. The stories and advice are based on a 40-year journey of mutuality craft. Part Thirteen.

“I like to say that we need top-down and we need bottom-up, and that's the wrong framing. What we need is both in mutuality, but it's the mutuality that's missing. I think getting over where you're coming from is the key part to getting to the mutuality."

I recently shared this on the global series, Awakin Call. During the call, I was fortunate enough to share my perspective on sustainable social change, building relationships, and how the South African liberation struggle shaped my work. It was also an opportunity to speak with callers and hear what was on their minds. The questions were incredible, and mainly practically oriented, looking for workable techniques for changing mindsets inside endowed grantmaking foundations or ways to subvert philanthropy’s structural power dynamics. I’ve spent a career on these issues, making every possible mistake, or so it seemed, and it was liberating to be able to talk about it so openly.

Listen to the full conversation.

The amazing Awakin Call team extracted some “nuggets”, including these:

Measuring good relationships: In social change, we would ask different questions maybe than what they're asking in customer satisfaction – we actually see some overlapping questions that work – but basically what we're finding is that if you can hone in on things like trust or responsiveness, voice – whether people feel safe and empowered in the context – then they’re way more likely to work with you in ways that lead to the outcomes that you want.

Changing mindsets in philanthropy to "not knowing" and to embracing mutuality: The natural thing to do is to know. We are knowers, and we go out there and we know. And this model that I'm preferring is one that says actually “they're the ones to know” – our job is to be the stewards of their development and of their knowing. And that's a different kind of role and a different set of skills and a different mindset. So I think it's hard for people to get over that, and if you think about it, these skills and the things that people know are really important sometimes (techniques to prevent the spread of a pandemic; the way in which the roads need to be constructed, or the dam needs to be constructed). All these things are critically important.

On new emerging models of philanthropy bridging big top-down, "vertical" money to horizontal peer-group models: There's a world-wide movement in what's sometimes called "community philanthropy," and it's really thinking about philanthropy less as vertical – from the wealthy being given down to the poor – but rather horizontal, from people to people. It [involves] bridging the big vertical money to the horizontal money. So one way of thinking about the future of philanthropy is having organized grant-making from the big endowed or family foundations to always be working in some kind of partnership with [horizontal] philanthropy, with self-help if you will, to use that old wonderful term.

The Power of Community: Civic Renewal in Puerto Rico 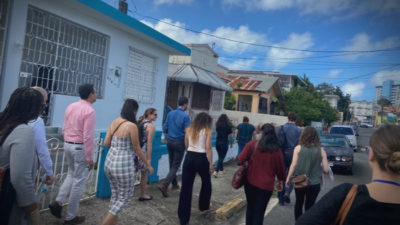 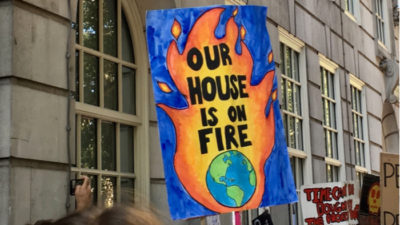