As American As Apple Pie: An Essay About Structural Racism

Some time ago, we endeavored to bake a large and fantastic pie. The likes of which the world had never seen. It was an incredible undertaking requiring world-class baking experts and a fair share of kitchen laborers, as no one wanted the esteemed pâtissiers getting their precious hands dirty.

Given the work's enormity, we decided the kitchen help should be forever chained to their cures. And so they were.

Begrudgingly, we agreed that the loathsome laborers must be fed. But all we had at the time was the beautiful pie for which they slaved-over, and we could not and would not freely share the best of what we possessed with them. So, we partially poisoned the pie filling, carefully demarking in the crust what part of the pie the workers could eat, separating their portions from ours.

It was a brilliant plan. Arsenic in the proper dose would not kill laborers, but it would keep them too weak to complain, revolt, or escape.

So, the pie was placed in the oven and baked to golden perfection, just as the pâtissiers had prescribed. Nothing had ever been pulled from an oven that looked as good as this American Apple Pie.

We ate from the pie, all of us. Many laborers fell profoundly ill, and many died. Over time, we freed all from their slave labor, but unfortunately, not before chronic illness spread among the former slaves and we the slavers.

As we move from the analogous into a harsher reality, we must accept that the whole of America has been tainted by racism. Religious organizations, educational institutions, the justice system, nonprofits, and philanthropic funders have all consumed and suffer from the same poisonous pie.

But here, let's focus on nonprofits and their philanthropic funders.

Why? Because in the space of anti-racist work, those seeking to do good can do the most significant harm.

In doing anti-racist work, we must first accept that many "well-meaning" organizations are centered on supremacist and colonial dogma. Yes, this includes nonprofits, philanthropic foundations, and individuals who earnestly seek better outcomes for people of color (POC). Think for a moment about who typically sits on the Boards of Directors of nonprofits? Who are their Executive Directors of choice? Through what lens are nonprofits’ grant applications written?

Fortunately, a good portion of our country has awakened to a new day. There is, at last, a burgeoning awareness of the harm done to people of color and a renewed interest in resolving inequalities. Unfortunately, even the most well-meaning amongst us often see only the damage done to people of color and fail to see the poison damage within our own institutions. And because many organizations don't see the full depth of injury, too many continue to invest in diversity, equity, and inclusion as though only a small portion of the whole requires repair.

For decades, Americans have lived with the false pretense that slavery ended under the humble and honorable hands of Abraham Lincoln. Physical chains were broken in 1865, but certainly not by Lincoln alone. African-Americans fought bloody battles for their own freedom alongside ardent abolitionists. And what did freedom look like post-slavery? For most, it looked and felt just as slavery once looked.

Few former slaves benefited from Sherman’s field order to provide forty acres and a mule to freedmen. Sherman’s order was revoked, and after Lincoln’s assassination, federal troops were pulled back from the Deep South leaving former slaves to fend for themselves amongst southern whites hellbent on retaining their power.

The slave and her entire family have been poisoned. Now free, she and her kind have been set out on the road without food, without savings, without protection from the law, and without the literacy required to read a map, let alone a newspaper. With children in hand, she did what many “freed” slaves did, she returned to her master’s tortuous kitchen as a sharecropper.

Slavery demands “Thingification”, the dehumanizing of those you abuse in spite of your conscience and your Constitution. Rather than providing the former slave an antidote in the form of justice, the entire system of justice was turned against them - making the decades after the Civil War as horrendous and dangerous for African-Americans as the decades prior. Both the Ku Klux Klan [KKK] was formed and Jim Crow laws invented after slaves were freed. From the moment the American slave was walked off the plantation, they were forced into poverty and deeply associated with criminality. Then, the mighty arm of segregation was designed to keep the former laborers from claiming their share of the untainted pie.

Far too much of American history goes untaught, leaving many blind to the struggles that led to the rise of the Civil Rights Movement, its success and the country's failure to see beyond them toward the greater good. Like the Civil Rights Movement preceding it, Black Lives Matter is centralized primarily on the preservation of life. The brutal beatings and deaths of Emmett Till, Medgar Evers, Addie Mae Collins, Cynthia Wesley, Carole Robertson, Carol Denise McNair, Rodney King, George Floyd, John Louis, Philando Castille, Freddie Gray, Breonna Taylor and many others have fed “Right to Life” movements, even among well-meaning white Americans. After all, the arsenic was only intended to weaken, not maim or kill.

The acquisition of basic civil rights and the right to life does not equate to justice, but Diversity, Equity, and Inclusion (DEI) have the potential for realized reparations. This reality makes DEI dangerous, and the reason that so few in power, including those in the “Do Gooder” philanthropic space, invest deeply into DEI. 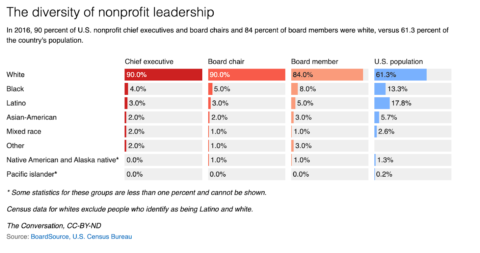 To add further clarity to the challenge we face, BoardSource also reports organizations led by people of color are awarded fewer grant dollars and are trusted less to make decisions about how to spend those funds than groups lead by white leaders:

“Among groups focused on improving life outcomes of black men, revenue at organizations with black leaders was 45 percent lower than at groups led by whites. The authors found that white-led groups had budgets that were 24 percent larger than those led by people of color.” Source: Bridgespan

“When it comes to the holy grail of financial support—unrestricted funding—the picture is even bleaker. The unrestricted net assets of the black-led organizations are 76 percent smaller than their white-led counterparts. The stark disparity in unrestricted assets is particularly startling, as such funding often represents a proxy for trust.” Source: SSIR

As an advocate for social justice, specifically focused on Diversity, Equity, and Inclusion, I often find myself explaining that DEI is not just for marginalized groups forced to consume the most concentrated doses of arsenic. While the urgency to focus on right to life issues are warranted, that fight often distracts from the need for a new and more just pie, not solely for people of color, but reform and healing for the entire nation. After all, the vast majority of those who benefit from socially responsible programs like SNAP and ObamaCare are poor and underserved white Americans. Yet those likely to benefit will vote against themselves in an effort to deprive African-Americans a slice of the “free” pie.

DEI must include reimagining the whole. Re-thinking the work demands reframing the purpose and strategies around DEI, including the work's budgets. Currently, programs and initiatives are heavily weighted on adding those systematically left behind, looked over, and marginalized. Acknowledging the need for more diversity is crucial, but the inclusion portion of the work is often the only portion that receives funding. Nevertheless, equity is the keystone, as it ensures those we've included have a real chance to succeed.

Creating systemic equity is the counterbalance to systemic racism, but it requires a retooling of the whole system, investment in people and communities, and new diverse leadership. Equity requires humbleness and prioritized spending beyond many well-meaning organizations working within the realm of anti-racism. Merely turning the pie so that people of color can now enjoy the portions white Americans have been accustomed to fails to recognize that the entire pie is poisonous.

My organization, Companions and Animals for Reform and Equity [CARE], is focused on inclusion and equity. We have intentionally elevated the voices of color within the animal welfare community, while simultaneously funding and supporting new BIPOC organizations under a “proximate leader” model best described in Effective Change Requires Proximate Leaders authored by Angela Jackson, John Kania, and Tulaine Montgomery.

Rather than solely demanding that the dominant white culture change to accommodate the voices of BIPOC Americans, CARE is building a completely new system designed around our faith in universal genius. In other words, CARE believes Brown and Black communities have the lived experience and expertise to solve their own community challenges – all that they require is for their organizations and programs to be funded in an equitable way. Proximate leader T. Morgan Dixon sums up the vision this way: “The current system isn’t working for us, so we’re building one that is.”

Nonprofits and philanthropic organizations engaging in anti-racism must recognize that bringing more diverse voices to the table is shortsighted without profoundly investing in new, more equitable tables. Many of which should be made BY those disenfranchised FOR those disenfranchised, because this is what equity demands.

Camelback Ventures’ Capital Collaborative works with white funders and social impact investors who want to deepen their individual and organizational commitment to racial and gender equity — but may not know how. Our unique approach brings together a community of white accomplices to engage in an introspective and concrete curriculum, to diversify their networks and make their grantmaking processes more equitable. You can learn more and sign up for Camelback Ventures’ next Capital Collaborative Cohort here. 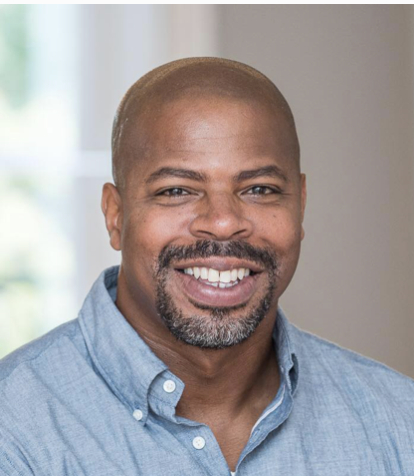 Authored by Camelback Ventures Guest Contributor: James Evans, CEO and Creative Director Companions and Animals for Reform and Equity [CARE] whose mission is to address organizational and personal biases within animal welfare. To bring diverse voices to animal welfare while also advocating for a more inclusive path to pet adoption. To use evidence-based tools, narratives, and insights to inspire organizations to be more inclusive and less biased. All in an effort to save more companion animals lives. 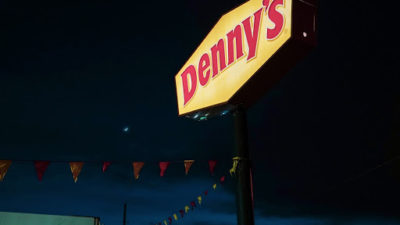 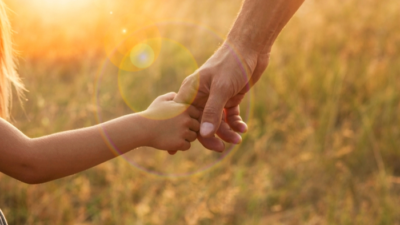 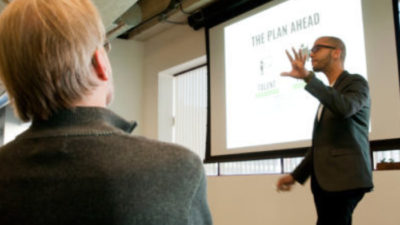