King put it best. There are two Americas. One overflowing with the milk of prosperity and the honey of opportunity and the other America where folks find themselves perishing on a lonely island of poverty. Righteous rage is a sane response to this reality. At first, I wanted to destroy it all and set to work trying to do just that with little success. I channeled my rage into creative energy and have spent the last six years running between the two Americas in hopes to launch and sustain a school in the community I grew up in, Aurora, Colo. In this last year, the rage has returned in full force with side effects. My relationship to the pain in this work has been manifesting itself as dis-ease in my body. The three stories below are disconnected events clipped from an average day as a school founder. I tell these stories to make peace with the incongruencies and contribute to our collective memory.

My code switching has mostly been subconscious.

I notice after a visit or an experience or an ask ... long after the adrenaline has been processed. By then, I feel soul-sick and a different kind of tired.

I reproduce the decisions. Which teammate, which student, which classroom, which parent, which detail was offered up on the platter for consumption. It's in the reflections that the organizational code switching is evident.

By now, I've accepted it's just a function of power. The Principal will speak in a different tone than she usually does. The children will act much more interested in the most mundane tasks than usual and everyone will mind their p's and q's. Sometimes I wonder if they instinctively understand the game that’s afoot.

They do not act this way when my friend from high school is in town visiting. As we know, the children see all. They know who is home.

The impact is captured in the brief moment after the funder leaves. There's always a pause. Then a sigh of relief and a relaxing of the shoulders ... regardless of your role here.

Whether it's 30 minutes or an entire day, the seconds add up. Every moment spent adjusting your humanity for the comfort of another not from a spirit of grace or humility but grounded in deference to power...that contortion robs the soul. Ultimately for us at Empower Community High School, we'll know we've created our Wakanda in Aurora when the children's shoulders remain still regardless of who enters their home. 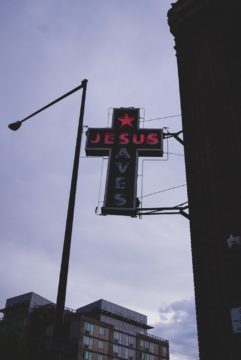 The sign glows a neon salmon light right above Denver’s skid row.
Look straight.
Look straight.
Don’t turn until that light goes green. Can’t face all that before this breakfast.

I’ll circle until I can get a good meter. Should I put this on my card or the school’s? I have no other purpose for being here but each reimbursed expense feels like I’m robbing a child’s wallet. Typically, I’m on the other side. The voyeur visiting. Getting a look at the new chalk art on my way to 13th. For this occasion, though, it’s my turn to perform.

I’ll enter the building choking on fear and loathing. My butterflies sting like bees. The champ had it backwards.

Usually the room is lily white. Today I’m in a bizarro world. Out-of-towners. Memphis or somewhere with a dialect more colorful than this place. I immigrated to this country in 2001 and the more I travel its roads, the less I understand its name. The truths of what unites these people has never been evident to me.

Their shoulders were tight. Rigid enough to be clear this wasn’t home.

Actually, no, their shoulders were relaxed. At the table and no longer on the menu.

I was tight. No longer at ease. My city but not my home. My intro always makes that explicitly clear.

The table is larger than life. I see the same local suspects. It’s a small circuit around these parts. By now, I’m growing comfortable with the tokenistic fallacy of racial domination and haven’t quite fully rejected its uselessness. I feel like an anomaly in the matrix. DuBois’ talented tenth. I convince myself that this is proof of my righteousness. I can slay this beast. These interlocking systems of oppression. All I need is access to the kingdom. The powers that can grant me the resources to just do this damn thing. I figure if I do enough of these panels, I must get closer to the source.

The visitors brought two to three senior reps from their district and the soon to be quarterback funder preparing to right some wrongs. They came correct. Suits pressed and donned for the occasion. All of them black. I have never seen that. At least, not here. I wonder if they can just get to the good work with the gift of that homogeneity.

It was another panel. I’m learning this game loves itself a good panel. A series of 30-second sound bites followed by one dominant voice with room enough for half a question from the audience.

One of the funders spoke with such certainty. An assumption of absolute truth that eventually befalls all of us. I’ve earned this truth and it’s mine to spread. Like a gospel.

We were on the 18th floor. I’ve noticed no one ever saves the poor in an office below three stories. These places are always downtown. Makes sense. Stay home.

This was a meeting of the minds. Something of an inspiration visit. I used to be grasped with a lot more fear walking into these rooms but once I map the power, it’s clear. The original gangster is never in the room. The godfather doesn’t take meetings.

I took the elevator down and sprinted to avoid the ticket. Grabbed a few Izzes for the road after the song and dance concluded. We had ourselves a good long conversation discussing the plight of the poor without a single one in the room. The game loves quagmires. We gather the lieutenants and sergeants to bemoan and admonish a problem we no longer experience. 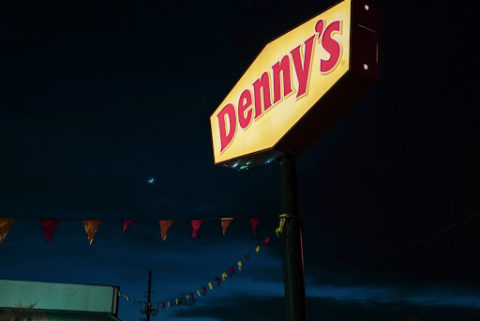 Every Denny’s smells the same. A hallmark of ... reaching ... scale. I can order the same dry omelette 18 hours a day in damn near every state. I wish we had better options tonight but that’s all we got.

Thank God Jones (co-founder) is here. I can just focus on the child. She’s with the mother.

The child is stoic. No idea his origin but he looks Malian to me. By 13, boys are growing their mastery of emotional hara-kiri. We learn to not show weakness, no matter the horror. Our voices, though, always betray our truths.

Three minutes of pretending to scour the menu until the waitress returns. Rude doesn’t begin to capture her service. Wish we had better options but that’s all we got.

The drinks arrive with the hope of levity. Someone will cut the tension eventually. Not much of a choice tonight.

The mother begins the harrowing story. It’s a tale as old as time. A man. His demons. And the rest of us.

Tonight it’s this child in a Denny’s….

The people change but the story remains the same. That’s the beauty of systems...reaching...scale.

The mother takes a break and heads to the bathroom. Our dinner is served with a side of frustration. I wonder what sort of day she must have had. After hearing that story, though, my urge to fight isn’t stronger than that insidious feeling creeping through the veins. The cocktail of righteous rage and pure defeat. The poet Warsan Shire called it the oppressive lethargy of choicelessness.

Once she leaves, I take the opening. The child is center-right facing Jones.

There are no words for this moment so I give up.

“Look, I imagine it’s heartbreaking to be 13 and alone in the dark with…”

Finally, a crack in the dam appears and the waters flow down the child’s cheeks. Finally, Hope.

We have too many stories like this. I’ll take this one to the grave. To be 13...alone...at a park...with your mother’s feet too swollen to keep walking...and not another soul to turn to but your future sibling growing in that belly.

I wish we had better options.

THE MEEK SHALL INHERIT.

There is a madness that brews when one average 14-hour day has you traveling across such vast worlds. In the early days, I hated the very concept of philanthropy. After six years of this, I’ve grown to appreciate the nuances. Being in the room when hundreds of millions of dollars are being discussed has shown me just how abundant money/resources are in this world. I’ve grown to see money as a resource that merely flows.

Money is constantly flowing whether it’s from our school to the LLC which owns the facility we rent, or from my students’ pockets to the Walmart down the street connected to the third largest foundation in education.

We opened our school because we wanted to redirect the flow of federal, state, and local funds into the hands of students, parents, and educators aligned to make decisions that move us away from the madness described above.

Precisely because money/water flows, its power can be redirected. As the dragon put it, “water can flow or it can crash”. Philanthropy is not a neutral game. Every decision can crash/destroy communities or flow/create opportunities.

I’ll leave you with three questions:

Camelback Ventures’ Capital Collaborative works with white funders and social impact investors who want to deepen their individual and organizational commitment to racial and gender equity — but may not know how. Our unique approach brings together a community of white accomplices to engage in an introspective and concrete curriculum, to diversify their networks and make their grantmaking processes more equitable. You can learn more and sign up for Camelback Ventures’ next Capital Collaborative Cohort here. 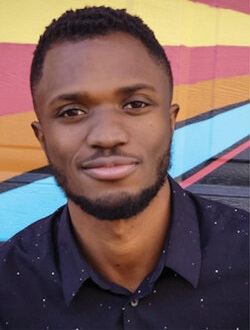 After graduating from the University of Colorado at Boulder with a B.A. in Communication and a certificate in Leadership Studies, Wisdom Amouzou taught and was awarded the 2015 Sue Lehmann Teaching & Learning Award through Teach for America. In 2016, Wisdom co-founded the HadaNõu Collective. He was a 2017 Camelback Ventures Fellow and winner of the 2017 TFA Social Innovation Award. Wisdom currently serves as Executive Director of Empower Community High School, an innovative school that is led by students, guided by educators, and co-created with community. Wisdom is excited to work with the Capital Collaborative because of the influential role funders' mindsets and systems play in shifting our larger education ecosystem.

The Senseless Rollercoaster: My Worst Fundraising Experience as an Afro-Latina Founder 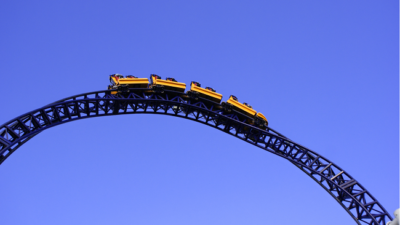 What Am I Defending? The Lack Of Racial Equity In Philanthropy 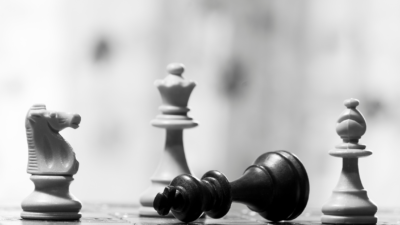 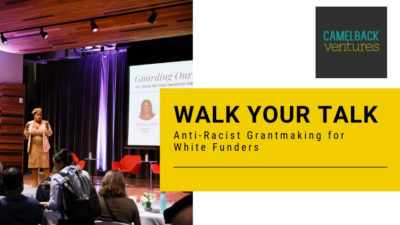