Investing In The Business Structure to Strengthen Capacity

Five years ago, Team Read had an incredibly effective program and a clear mission: teens helping kids achieve reading success. The results spoke for themselves:

70% of the 2nd and 3rd grade students in Team Read’s tutoring program more than doubled their prior year reading level, setting them up for greater success in school.

91% of teen reading coaches said Team Read gave them skills they can use in other work now or in the future, providing a solid foundation for college and/or employment.

There was just one problem. Team Read’s lean staff was so focused on running excellent programs they had neglected the “business” of the organization.

At the time that we received the SVP grant, I felt that it was at a really critical stage of Team Read’s development. We had to either improve our infrastructure or the organization wasn’t going to survive over the long-haul.”

In total, SVP Partners contributed over 1,000 hours of skilled volunteer time – and that only includes the formal connections. A number of SVP Partners and community members became involved with Team Read through partner referrals – joining the board, providing pro bono web development services and more.

“Whenever I talk about Team Read’s relationship with SVP I always characterize it as transformational,” says Maureen.

Stand Out Projects
Among the dozens of capacity building projects Team Read took on, there were three that really stood out to both Maureen and Katja.

Marketing and Website Revamp
Involving multiple SVP Partners and a pro bono creative firm, Team Read’s website project was more than just a redesign. It was central to their marketing strategy, so they invested in honing their messages and building a stunning collection of photos that were also integrated into their fundraising efforts. 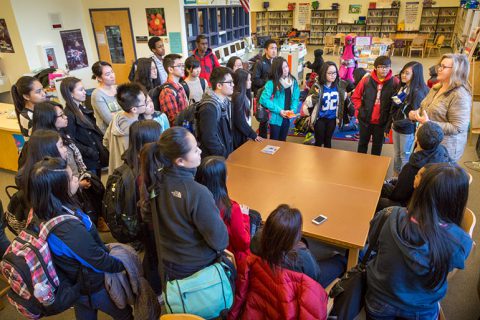 “Before giving people our web address, I used to tell them: ‘Please, don’t judge the quality of our programs by the quality of our website,’” shares Maureen. “Now, people literally tell me all the time how much they love the website. And we’ve been fortunate enough to hire someone to keep it updated.”

Katja adds: “I knew the website project was really a success when a marketing director from another nonprofit who had just joined the Team Read board said: ‘I was looking to do something in the community and I looked at the website and thought this is exactly the kind of organization I want to join and these messages are right on point.’

“I felt proud that our small but mighty team produced a website that not only spoke to donors, but to professionals in the field.” {Read the full story about Team Read’s website project.)

Team Read’s new strategic plan provided clarity of vision and charted an expansion to the Highline School District, which they successfully launched last year. Maureen and her team learned a lot during this process and have developed tools for further expansion.

“One of the things that I love so much about this job is that I get to work with the most amazing young people and it gives me hope for the future,” says Maureen (pictured above on the right with Team Read’s teen tutors). “I believe so much in the power of the model. And I believe so much in its potential to grow and to continue to evolve. My long-term vision for Team Read is that eventually it will be a national program. It will be serving kids all over the country.”

To help ensure this expansion, Maureen has brought Julie back to help develop Team Read’s succession plan as Maureen prepares for retirement in 2018 after nearly two decades with Team Read.

Lead Partner Coaching Relationship & Exchange
Having an awesome lead partner was also on Maureen’s top three list when it comes to the benefits of SVP. “In my opinion, it’s the number one thing that makes or breaks what you can accomplish with SVP. We were just blessed – and I don’t used the word lightly – to have the opportunity to work with Katja.

From Katja’s perspective the benefits ran both ways. Working so closely with a nonprofit has increased her understanding of how the work gets done on the ground and has changed how she approaches her philanthropy.

“As a funder you can’t just make a lot of demands and think that you’re helping an organization,” reflects Katja. “You have to listen to what they need and what they’re ready for. I will be a better grant-maker because  experience has taught me that telling people what to do and throwing money around is not actually the way to partner. Lasting transformation comes from the inside, out.” 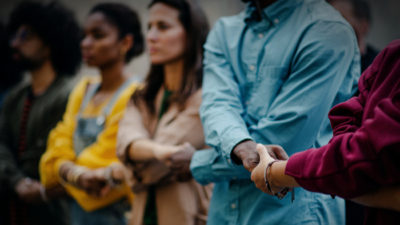 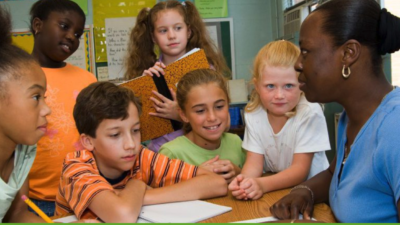 Learning the Importance of Venture Philanthropy Partnerships in India 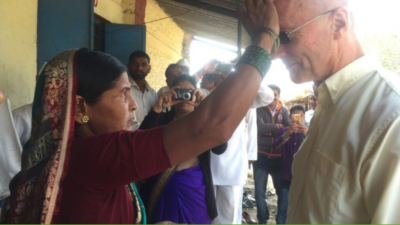