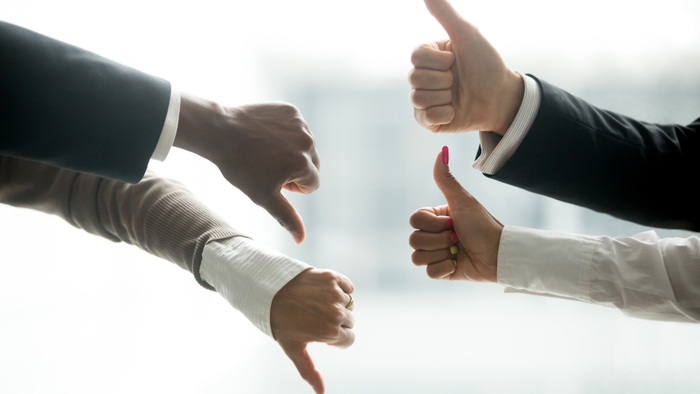 A new survey from Stanford Social Innovation Review (SSIR) of 1,986 nonprofit, foundation and other charitable sector leaders found 88% currently prioritize gathering client feedback, with half of those (44%) calling it a high priority or top source of insight for continuous improvement. Only 12% reported feedback was not a stated priority.

However, two-thirds of respondents stated the greatest barrier to implementing feedback systems was limited staff time and/or resources. Only 10% said it was too complicated; and an additional 10%, too costly.

“We were surprised to find that the vast majority of nonprofits surveyed already believed in the importance of getting feedback from their clients, but most felt seriously constrained in their ability to do so due to issues of capacity,” said Michael Gordon Voss, publisher of SSIR, which is running a multimedia series on the Power of Feedback.

These findings come as a movement of nearly 100 funders is developing new tools to make systematically gathering feedback a feasible and essential complement to traditional nonprofit program measurement methods of third-party evaluation and self-monitoring.

“The case for gathering feedback from the people you are trying to help seems obvious, but the practice is still rare – often for lack of resources and know-how,” said Larry Kramer, president of the William and Flora Hewlett Foundation. The foundation is looking for ways to incorporate feedback into its own grantmaking. “We have a lot to learn, and I’m encouraged by the growing recognition among funders and nonprofits alike that listening to the people we seek to help can make us more effective. It’s the right thing to do, the smart thing to do – and, with new technology, it’s an easier thing to do.”

The Hewlett Foundation is one of six founding donors to Fund for Shared Insight, which has fueled the feedback movement with $19.4 million of grants to support feedback efforts since 2015, including investment in a simple survey tool and feedback system called Listen for Good (L4G). Shared Insight, which today includes nearly 100 funders, has made a total of $9.4 million in small grants to date to 217 nonprofits to pilot L4G on polling platform SurveyMonkey.  Another Shared Insight funder, Omidyar Network, is piloting with its grantees a feedback tool developed by Acumen called Lean Data. Both Shared Insight and Omidyar published findings from their pilots this month.

SSIR conducted the survey last month with a large panel of online readers interested in nonprofit measurement. More than half came from nonprofit organizations and a tenth from foundations with 55% in managerial or senior executive roles.

“Listening to the people we seek to help needs to become a standard part of measuring nonprofit and funder effectiveness,” said Fay Twersky, Hewlett’s director of effective philanthropy and co-chair of Fund for Shared Insight. “Funders are increasingly recognizing that this type of ‘client’ feedback, alongside traditional monitoring and evaluation, is essential for learning and improvement.”

L4G’s own evaluations have found that eight out of 10 organizations that implemented efforts to collect feedback either planned to make or had already made changes to better serve clients. Among those:

A recent Center for Effective Philanthropy study found foundation CEOs rated listening to beneficiaries – the end-users of direct services provided by nonprofit organizations – as one of the practices most frequently seen as promising for improving the impact of foundations.