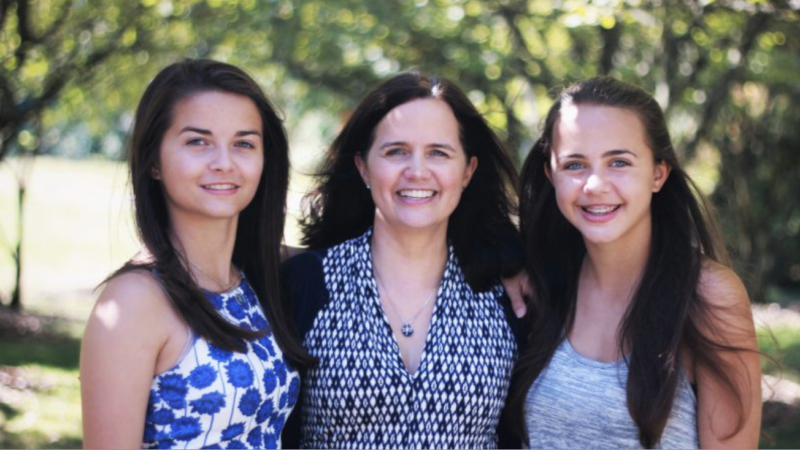 For Kathy Washienko, climate change is an issue with two lenses. One is a bird’s-eye lens — the reality that climate change threatens and can impact all of us — and the other lens focuses a bit closer to home — the importance of confronting climate change on behalf of children growing up today and the generations to come.

“To me, it’s just a profound problem facing society that has the potential and the likelihood of impacting so many facets of our lives. It just has to rise to the top,” Washienko says. “We need to get more people to understand the intense urgency of the climate problem and that there really is hope. There’s a lot we can do that can have a big impact on how climate change plays out.”

Motivated by her ethic of service and professional training in public health, Washienko doesn’t shy away form big problems. Her optimism cuts across complexity and as a philanthropist, she value the multiple and reinforcing strategies in the environmental movement.

“It’s really important that we broaden the tent and help more people see their role in the climate fight, find their voice in the climate fight,” says Washienko. “Ultimately, we win by a whole bunch of progress in a lot of different areas. Every solar panel that goes up on someone’s roof, every mass transit line we build so people are in their cars less, or [ever person who] chooses to buy an electric vehicle instead of a gas-powered car — all of those are steps in the fight. We all need to live on a planet that is stable.”

Washienko’s approach demonstrates that in the face of complex problems like climate change, philanthropists can benefit from investing in multiple strategies. Knowing the scale and systemic nature of the problem, Washienko significantly invests in ambitious, multi-year policy and systems change efforts led by local organizations like Climate Solutions. She also focuses some of her resources on immediate carbon reduction strategies, like Northwest SEED’s solar panel program.

Closer to home, Washienko’s sense of urgency can be seen through her ties with family and community. Family is a tether that unites people across geographic and economic borders, and for Washienko, one that made an already personal issue that much more urgent. “I would be concerned and active whether or not I’d ever had children. But, to have kids, have them be aware of what’s happening and look to their parents for some sort of reassurance and be like, ‘okay, this is looking bad!’ — I feel a strong moral obligation to say, ‘I’ve done everything I can’.”

These beliefs, coupled with a thorough knowledge of the issue’s time sensitivity, led Washienko to rethink her philanthropic strategy. Working with her advisers at Seattle Foundation and the Northwest Conservation Fellowship at Seattle Venture Partners, she decided to “frontload” her giving in the climate space and give significantly over a five-year period rather than parse it out evenly over a longer term.

By nature, partnering with a community foundation complements Washienko’s approach to advocacy, which comes from a desire to affect change that strengthens people’s sense of connectedness. “Climate change can feel like a somewhat overwhelming problem to try to address. But when there are ways that a group of people each doing something relatively small can add up to something much bigger, we demonstrate and give people hope that we can tackle things more at the scale of the problem. I’m happy to see that Seattle Foundation is talking about climate change more directly and having it as a focus of some of their grantmaking efforts.”

Kathy Washienko is a philanthropist at Seattle Foundation and a board member of Climate Solutions.