Profile: Aaron Walker is Leveraging Genius in Communities of Color 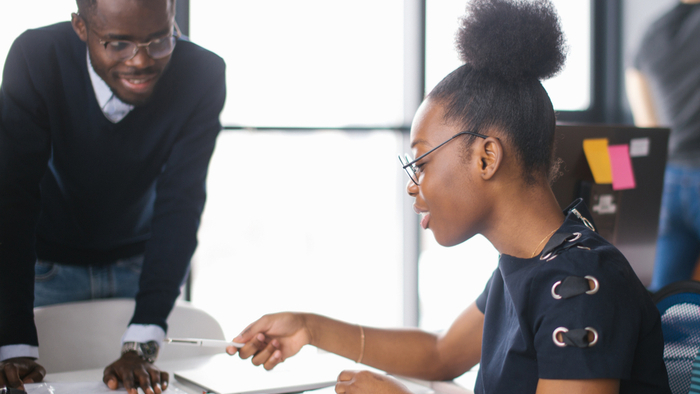 Earlier this year, the national venture philanthropy organization New Profit brought together pairs of donors and social entrepreneurs from their community for candid conversations on the future of social problem-solving. These “unlikely duos” were given thought-provoking questions to respond to and discuss on the spot, and we were able to see where a conversation can go when it’s centered on getting to know another person and his or her perspective, rather than the technical aspects of change-making. Relationships are fundamental to problem-solving, and these duos show us the power of two people from different backgrounds sharing insights and ideas on forward-leaning solutions.

Walker recently shared his thoughts on supporting entrepreneurs of color, asset-based mindsets and being proximate.

Aaron Walker believes the social sector needs to move from a deficit mindset to an asset-based mindset.

After working for the Fund for Public Schools in New York City during the Bloomberg era, Walker entered the social enterprise space, but quickly gained first-hand knowledge of the barriers facing entrepreneurs of color, meeting “a whole bunch of people who look liked me, who were telling the same story and I became motivated to create [Camelback Ventures].”

Consider this: Black and Latino individuals make up 30 percent of the U.S. population1 but represent only 10 percent of nonprofit executive leadership2. According to New Profit, who commissioned an independent analysis of the philanthropic capital market in 2018, diverse-led organizations receive just 4 percent of total grants and contributions. An estimated additional $22 billion in grants and contributions is required to be commensurate with their representation in the sector. 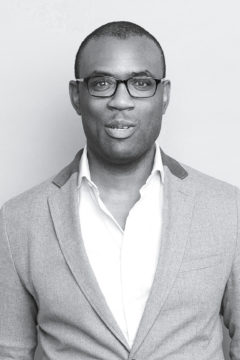 “There’s meaningful talent we’re leaving untapped, particularly entrepreneurs of color,” Walker said. The goal of Camelback Ventures is “to create this place and platform where we can leverage the genius we have in all different communities, in particular communities of color.”

Camelback invests in early stage entrepreneurs with ideas to improve communities and create quality schools. For the last four years, Walker’s organization has supported 46 entrepreneurs in 14 cities. These entrepreneurs receive a six-month fellowship that includes coaching, capital, community building, connections and entrepreneurial curriculum. Camelback selects entrepreneurs by examining gaps in the educational marketplace and determining what a founder is bringing to the table.

Camelback Ventures’ location in New Orleans is no accident — the city’s designation as a charter school district has made it a hotbed for education innovation. But Walker also knew it was crucial to walk his talk.

“Because we had this ethos around supporting people of color, we wanted to place ourselves in a city that was majority of people of color too,” Walker said.

This was especially important in helping Walker reach the very people he was trying to help. The majority of students attending U.S. public schools are low-income.  And most of the states with a majority of low-income students are in the South and West.

“If we don’t actually engage and focus a lot of our attention and energy there, we’re not really going to make as big of a dent in this problem as I think we want to make,” Walker said.

Walker is encouraged by the success stories he’s already seeing in New Orleans, like Rooted School, an institution trying to close achievement and wealth gaps by preparing high school students with skills needed to succeed in the technology field.

“Kids graduate with a high school diploma in one hand and a job offer in another hand,” Walker said. “Already in their first year, their students are performing above state average on state tests.”

Ultimately, Walker said he believes we must fulfill a promise to young people that completing school can lead to financial freedom and economic opportunity.

“Often times it’s ideas from where you least expect it that are going to be the key to the solution you’re looking for.”

Higher Education is a fascinating topic, and others found these events, galas, conferences and volunteering opportunities aggregated by Giving Compass to be relevant for individuals with a passion for Higher Education.