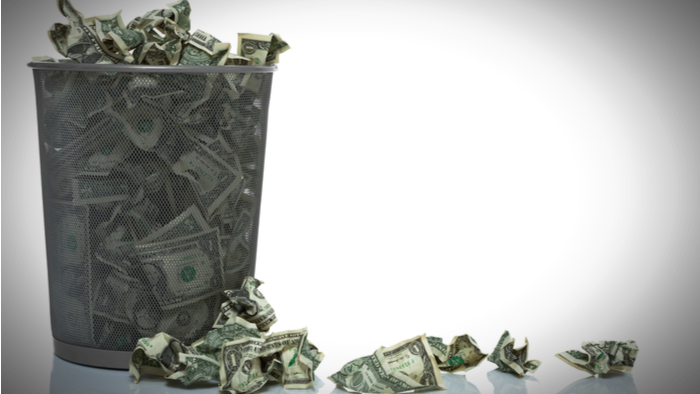 • Keenan Wellar examines an essay about overhead ratio in the social sector and why it’s a poor measurement of organizational efficiency.

• How are you currently judging organizations you support? Can you shift your criteria to better incorporate impact into your decision-making?

•. Learn why the overhead myth still persists among donors.

In Nonprofit Management and Leadership, Jason Coupet, an assistant professor of Public Administration at North Carolina State University, finds that lower overhead rates do not equate to efficiency. In fact, the exact opposite is true — they correlate negatively:

“Some nonprofit researchers have raised concerns about the accuracy of overhead ratios as a means of assessing efficiency,” says Coupet, who may or may not know that the sector finally revolted against the measure a few years ago after bowing to its rule for four or more decades, “but our work is the first to approach it using efficiency theory — and we were able to demonstrate the problem using real-world data.”

The study gathers data from 666 Habitat for Humanity affiliates around the country and assesses efficiency using two different tools, looking at overhead ratio against number of houses produced. Both tools produced a finding of a negative correlation. “In short,” Coupet says, “this demonstrates that not only is the overhead ratio bad at assessing efficiency, but also that using it to assess efficiency may actively mislead donors. We argue that nonprofit scholars, managers, and donors should move away from concepts and measures of efficiency based on financial ratios, and toward ones that embrace maximizing what nonprofits are able to make and do.”

Read the full article about pushing back against the overhead myth by Keenan Wellar at Nonprofit Quarterly.