After the Amazon Fires, What’s Next for Stopping Deforestation? 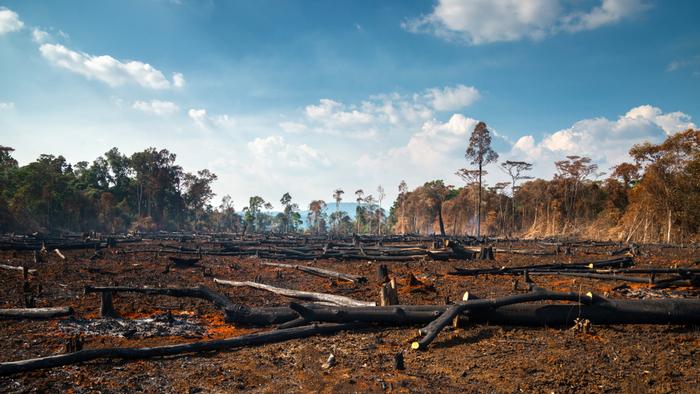 • Zachary Slobig at Skoll interviews a senior associate researcher at Imazon and discuss the next steps after the fires in the Amazon have stopped.

• How can donors help respond to the crisis? What can environmental funders do to help protect our world’s forests?

• Learn about indigenous tribes working to protect the Amazon rainforest.

More than 26,000 fires have raged throughout Brazilian Amazon in August alone—the fastest rate of destruction since record keeping began. President Jair Bolsonaro campaigned with a promise to open the Amazon to development and eight months into his term, having withdrawn enforcement of protective laws, deforesta]'[;l,m tion is sharply on the rise. As the fires continue to burn in the Amazon—two thirds of which is in Brazil—that ecosystem is hurtling toward what some are calling a tipping point. While satellite images of massive plumes of smoke and a darkened daytime São Paulo sky have captured media attention globally, Carlos Souza, senior associate researcher at Imazon (Skoll Awardee 2010) asks what will happen when the smoke clears.

Zach Slobig: Can you give us a sense of what has changed on the ground there in Brazil under the Bolsonaro regime?

Carlos Souza: It’s clear with this new government since it took power that they wanted to get rid of the environmental agenda, not only for the Amazon but in general. Before the election, during the campaign, they sent strong message to the agribusiness sector, saying the amount of protected areas in Brazil was absurd and that we had to develop the Amazon.

The new Ministry of Environment is dismantling the environmental agenda, especially in terms of law enforcement and protection of conservation areas. In the past there was a strong group working on climate change adaptation, mitigation, and doing the studies to position Brazil in the climate change convention—this was eliminated. They’ve made it clear that they don’t believe in climate change.

Read the full article about the Amazon fires by Zachary Slobig at Skoll.

If you are interested in Natural Resources, please see these relevant Issue Funds, Charitable Organizations or Projects where you can get involved.