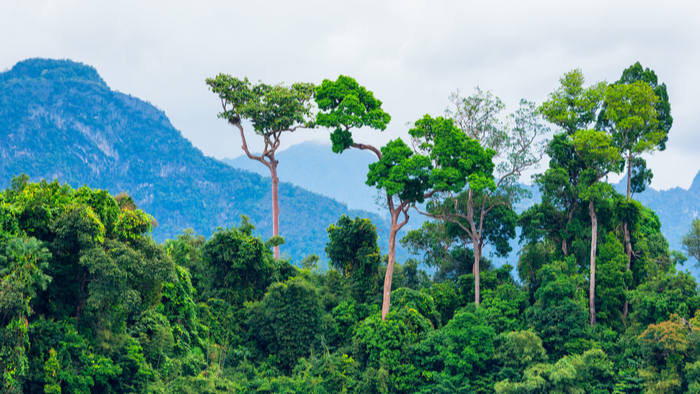 • Sam Eaton explains that Indigenous groups, such as the Guajajara tribe in Brazil, are on the frontlines of conservation for the Amazon rainforest and other ecosystems.

• How can environmental groups support the efforts of these tribes to fight the logging industry and other development? How will their success or failure impact the fight against climate change?

• Read more about how people are protecting their land and rainforests.

Caudio da Silva, thickset, his bare chest traced with blue-black lines of body paint, wields a chainsaw not to cut down trees but to destroy a wooden timber hauler used by a band of illegal loggers. Da Silva is a member of the Amazon’s Guajajara tribe in the Brazilian state of Maranhão and the leader of an armed group of Indigenous forest protectors called the Guardians of the Forest.

Illegal logging and land clearing continue to eat away at the world’s largest remaining tropical rainforest. But the guardians and others like them in Brazil are pushing back.

On a summer day, da Silva and the guardians prepare to patrol the Caru River, a narrow strip of muddy water marking up the boundary of the Guajajara’s 700-square-mile forest reserve. The land is protected on paper, but it’s under constant threat.

Read the full article on Indigenous people protecting the Amazon rainforest by Sam Eaton at The Week.