Climate Change and the Australia Fires 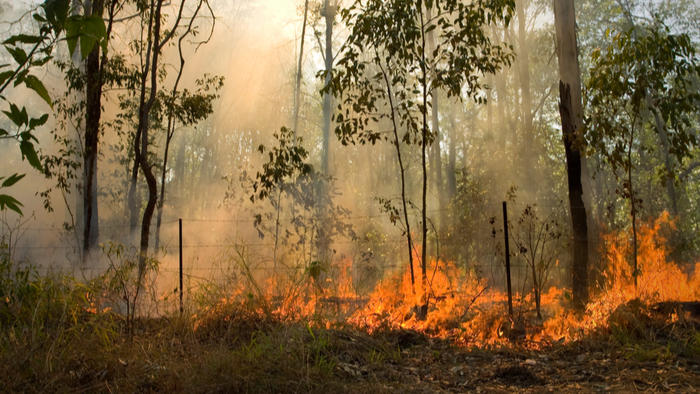 • How can funders address the needs of communities impacted by climate-induced disasters?

• Read about how we can overcome the challenges of fighting climate change.

Australia is in the midst of a devastating wildfire season that is being exacerbated by climate change. But the fires, which have been burning for months and could rage on for months to come, are also impacting the earth’s climate in several ways. Some of those impacts are well understood, while others lie at the frontiers of scientific research.

The most obvious climatic impact of the fires is that they’re spewing millions of tons of heat-trapping carbon dioxide into the atmosphere, contributing to a vicious feedback loop of heat and flame. But the fires are also kicking up lots of soot, creating a smoke plume that’s circling the globe and could hasten the melting of any glaciers it comes in contact with. Preliminary evidence suggests some of that smoke has even made its way into an upper layer of the atmosphere called the stratosphere, buoyed aloft by rare, fire-induced thunderclouds. That, too, could have subtle but far-reaching climate impacts.

The fires, which started burning at the end of Australia’s winter, raged across the eastern half of the country throughout the spring and kicked into high gear in the country’s populous southeast over the last few weeks. They’re a disaster of an unprecedented nature.

Much of the land that’s burning is covered in eucalyptus forest, although flames have also razed farmlands, grasslands, heathlands, and even some patches of Queensland’s subtropical rainforests, said Lesley Hughes, an ecologist and climate scientist at Macquarie University in Sydney. Whatever the fuel source, the net effect on the atmosphere is a massive release of ash, dust, and a cocktail of different gases, including carbon dioxide.

From the start of September through early January, the wildfires released around 400 million tons of CO2, which is roughly the same amount the UK emits in an entire year, according to Mark Parrington, a senior scientist with the European Centre for Medium-Range Weather Forecasts. That’s not a record, he said, noting that considerably more carbon was emitted in 2011 and 2012, when very large fires raged across Australia’s northern territory and out west. But in New South Wales, this year’s wildfire emissions are off the charts.

Read the full article about climate change and the Australia fires by Maddie Stone at Grist.