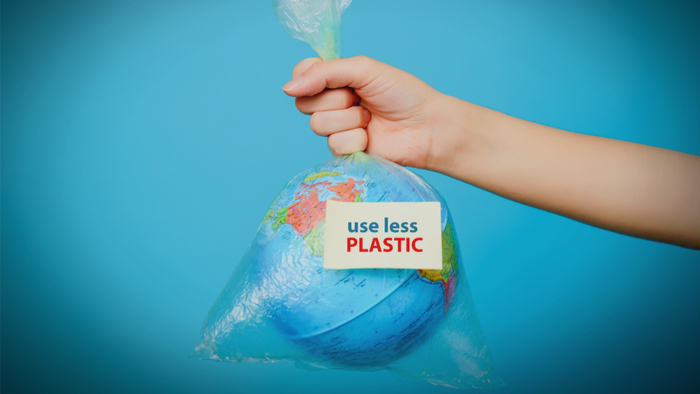 • Unilever recently promised to collect and process more used plastic packaging and reduce its use of one-time plastics by 2025.

• Will other companies follow in the footsteps of this business? How are you reducing your own plastic use?

• Here are 10 simple tips to reduce single-use plastics in your life.

The “war on plastic” has opened up a major new front, with Unilever announcing Monday it intends to halve its use of virgin plastic and collect and process more used plastic packaging than it sells by 2025.

The consumer goods giant confirmed the new targets Monday as part of a wide-ranging new plan to support the development of a “waste-free world.” The company said that it intends to reduce its absolute use of plastic packaging by more than 100,000 tonnes and rapidly expand its use of recycled plastics so as to ensure it halves its use of virgin plastic.

This commitment makes Unilever the first major global consumer goods company to commit to an absolute plastics reduction across its portfolio. As such, the move will provide further credence to warnings that oil majors relying on the plastics industry to deliver continued growth as electric vehicles eat into demand for fossil fuels could find their projections are too bullish.

Unilever said the new goals build on existing packaging targets that it is already on track to meet, including its pledges to make all its plastic packaging reusable, recyclable or compostable by 2025, and that it uses at least 25 percent recycled plastic in its packaging by the same date.

“Plastic has its place, but that place is not in the environment,” said Alan Jope, Unilever CEO, in a statement.

He acknowledged that meeting the goals would require “a fundamental rethink in our approach to our packaging and products.”

“It requires us to introduce new and innovative packaging materials and scale up new business models, like re-use and re-fill formats, at an unprecedented speed and intensity,” he added, in a nod to the company’s involvement in the recently launched Loop packaging re-use service.

Corp Giving and CSR is a complex topic, and others found these selections from the Impact Giving archive from Giving Compass to be good resources.

In addition to learning and connecting with others, taking action is a key step towards becoming an impact giver. If you are interested in giving with impact for Corp Giving and CSR take a look at these Giving Funds, Charitable Organizations or Projects.