How many formerly incarcerated people are jobless at the moment? A good guess would be 60%, to generalize from a new report released by the Bureau of Justice Statistics (BJS). The report shows that of more than 50,000 people released from federal prisons in 2010, a staggering 33% found no employment at all over four years post-release, and at any given time, no more than 40% of the cohort was employed. People who did find jobs struggled, too: Formerly incarcerated people in the sample had an average of 3.4 jobs throughout the four-year study period, suggesting that they were landing jobs that didn’t offer security or upward mobility. 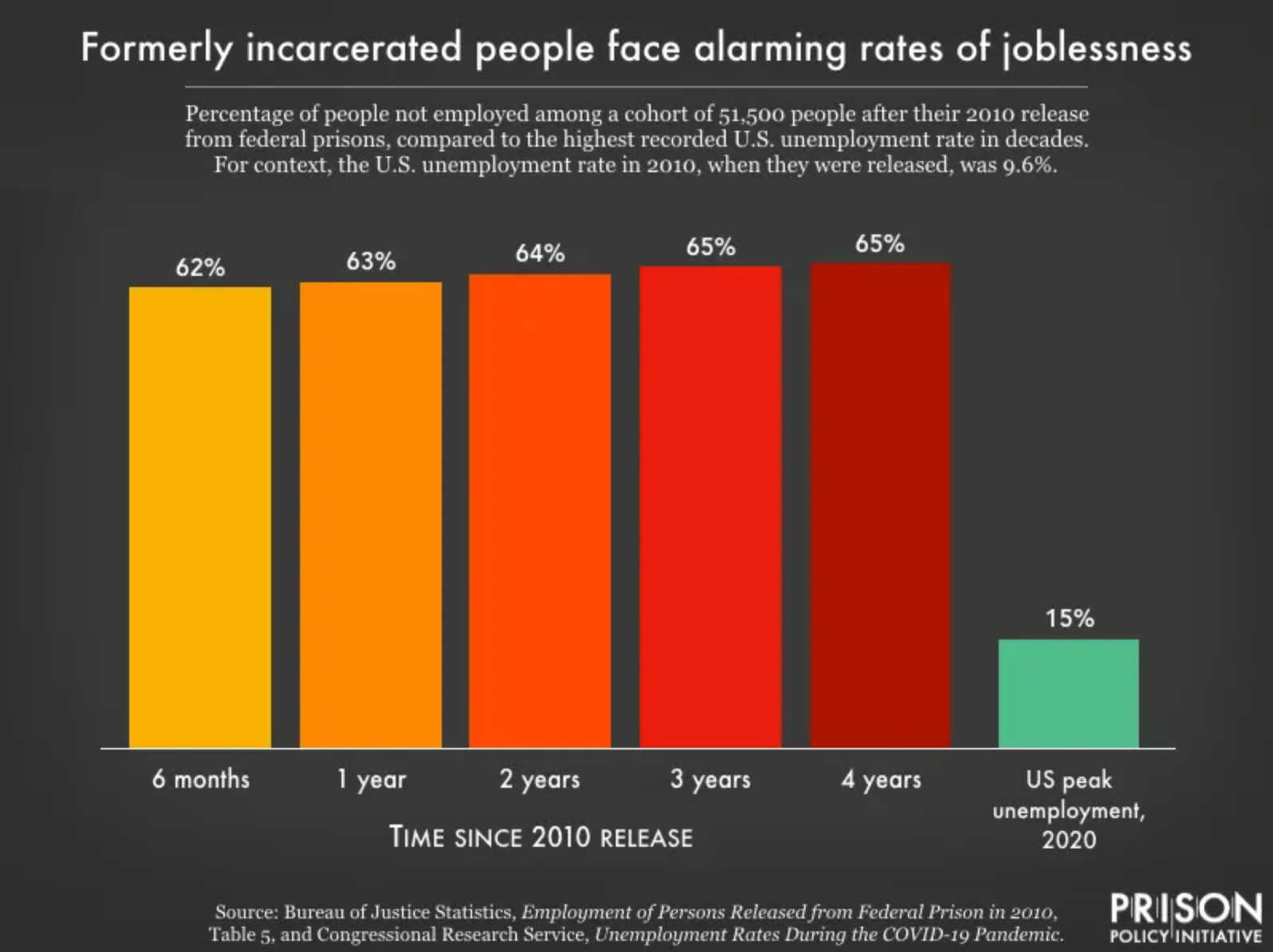 We warn readers that we can’t call the 60% jobless rate an “unemployment rate” — joblessness is different from unemployment, which refers to people actively looking for work. We calculated the first and only national unemployment rate for formerly incarcerated people in our 2018 report Out of Prison and Out of Work, and we can’t update that analysis, because we based it on data that the government only collected once. Nevertheless, the new BJS data suggest that employment rates among people who have been to prison aren’t improving.

Formerly incarcerated individuals tend to experience joblessness and poverty that started long before they were ever locked up. When they’re released from prison, the pressure is on to get a job: People on parole (or “supervised release”) often must maintain employment or face reincarceration, while struggling to access social services, and trying to make ends meet in a job market more hostile to them than ever before. This combination of pressures amounts to a perpetual punishment. And it’s not just formerly incarcerated individuals who are punished: Policies that weaken their ability to turn down jobs with low wages may depress wages for other workers in their industries, as we’ll explain in this briefing.

Out of Prison and Out of Work: Looking for Solutions

How Formerly Incarcerated People Can Get Back on Course