What Can Donors Do About Ocean Plastic? 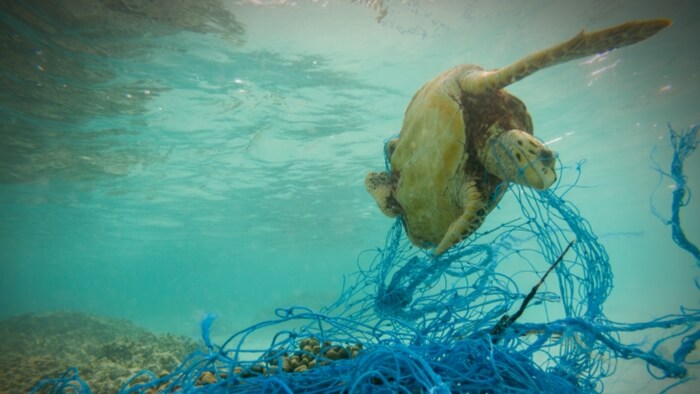 Every day, the Great Pacific Garbage Patch grows in size. The patch is one of five gyres in the ocean where currents concentrate discarded materials. Over time, plastic products in the patch break down into tiny microplastic particles that sea life often confuse for food. The plastic is consumed by fish and birds. It then makes its way up the food chain, harming those that consume it.  The Great Pacific Garbage Patch is currently twice the size of Texas, and it contains more than 1.8 trillion pieces of plastic, according to The Ocean Cleanup. How can such a massive problem be solved?

There are many opportunities for donors to intervene to prevent the growth of the garbage patch and to clean up the existing mess.

Starting at the Source:

Working upstream refers to solving an issue by preventing it, rather than mitigating or adapting to it later in the process. Working on this level will not help to address the plastic waste that already pollutes the ocean, but it is the best way to prevent the problem from growing over the years.

At the highest level, policymakers have the power to ban, restrict, or penalize the creation and use of single-use plastic. Donors may advocate for new policies, which often take the form of plastic bag taxes and plastic water bottle bans.

If laws do not force or encourage companies to avoid plastic, customers can. Buy from brands that use no packaging, or biodegradable alternatives. Let brands you use know why you are leaving for greener pastures. Buy clothes made from natural materials. Compostable plates and edible flatware are ready for purchase. Around the world there are a large and growing number of disposable, biodegradable materials that can be used instead of plastic. You can also bring your own durable goods to a grocery store without packaging and avoid disposables altogether.

By reducing your personal use and using your voice to shift corporate and policy conversations around plastics, you can help to reduce the input of plastics into the world.

Once the plastic has been created, it is important to keep it out of the ecosystem. Make sure that plastics are properly recycled in your home, school, and workplace. Traditional park or beach cleanups may seem like a small thing, but they keep plastic waste from flowing into streams and down into the ocean.

Once plastic has made it into the water system, it has to be diverted or it will eventually end up in one of the garbage gyres. The city of Baltimore funded Mr. Trash Wheel, an autonomous, floating robot that cleans the harbor. Other local governments can take similar steps to beautify their cities and prevent garbage from making it out to the open ocean.

Once the trash has made it out into the ocean, there is nothing to do but clean it up before it degrades into dangerous microplastics. The Ocean Cleanup has designed a passive system of garbage collection that relies on currents to move and gather plastic waste.

Create demand for recycled goods like backpacks, pajamas, and much more. Creating an incentive for companies to use these materials will slow the production of new materials and grow the market for recyclable materials, making sure corporations have a reason to seek out and recycle disposed products.

Make use of existing tools to help inform your giving strategy. Funding the Ocean provides a one-stop shop where donors can track what the landscape looks like in ocean conservation and find inspiration for their own philanthropy.

If you are looking for opportunities to take action and give money to Environment (Other), here are some Giving Funds, Charitable Organizations and Projects aggregated by Giving Compass where you can take immediate action.