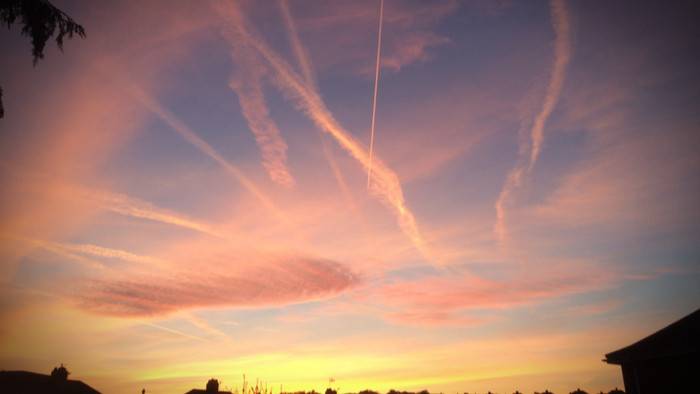 • In this podcast, Climate One explores innovative solutions to climate change, including putting material into the atmosphere to reflect sunlight and artificially enhancing photosynthesis by dumping iron into the oceans.

• These methods are still untested, but those involved in the environmental sector should take all possible approaches to fighting global warming into consideration. Doing nothing isn’t an option.

• Here’s why most Americans don’t worry about climate change.

In an emergency, we’re told to “break the glass” and reach for the fire extinguisher.  Some would argue we’re in the midst of a climate emergency — so what’s the solution? Can we spray a firehose into the sky to cool down our atmosphere?  It may sound like science fiction, but there are climatologists who believe we can — and should — do something very much like it.

It’s called geoengineering, and as climate scientist Ken Caldeira explains, there are basically two approaches to cooling the earth. One is to remove the carbon dioxide we’re adding to the atmosphere. The other is “basically, to emulate what big volcanoes do,” he explains, “put material in the stratosphere to reflect sunlight.”

As early as 1965, scientist Roger Revelle warned President Johnson of the effects of greenhouse gases on the climate, and suggested putting “lots of little reflective bubbles on the surface of the ocean.” More recent climate-fixing experiments include spraying reflective material into clouds and dumping iron into the ocean to increase photosynthesis.

Critics have predicted that tinkering with the stratosphere in this way could lead to a man-made ice age; just such a scenario was the premise of the 2013 sci-fi film “Snowpiercer.” But science fiction author Kim Stanley Robinson says those fears are unfounded; as we’ve seen from the volcano example, such cooling would be only temporary, “so it’s a little bit safer than other things that might be suggested.”

Listen to the full podcast about geoengineering climate solutions from Climate One.