How are Racial Equality and Healthcare Interrelated? 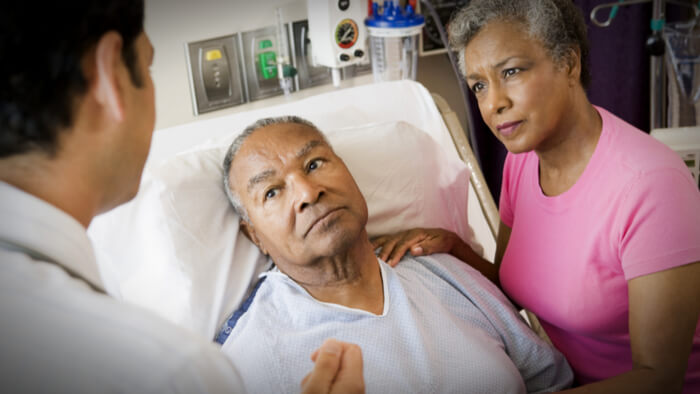 • Shawn Dove and Dr. Phyllis Hubbard discuss the systemic racial discrimination that people of color face in the healthcare system and how philanthropy is working to combat this problem.

• Learn about a health funder prioritizing women of color.

The learnings that came out of that retreat nearly a decade ago have been given new life with the release of a report by National Public Radio, the Harvard T.H. Chan School of Public Health, and the Robert Wood Johnson Foundation. Titled Discrimination in America: Experiences and Views of African Americans, the report addresses the various types of individual and systemic discrimination that black Americans experience in a variety of arenas, including employment, buying a home, interactions with law enforcement, civic engagement, and access to health care.

Among its most noteworthy discoveries, the report revealed that roughly a third of black Americans have felt they were discriminated against when seeking medical care from a doctor or health clinic. Equally disturbing is the finding that 22 percent of black respondents admitted to not seeking out medical care due to their past experiences with medical professionals.

This is one of the several urgent reasons why the Campaign for Black Male Achievement created CBMA Health and Healing Strategies — an innovative and timely effort to empower Black Male Achievement leaders with the information, tools, and resources needed to monitor and maintain their personal health, healing, and wellness. Launched in 2016, the initiative aims to combat the racial health gap by promoting healthy behaviors and strengthening the wellness of leaders and caregivers, so that they, in turn, can create healthier environments for the young people of color they serve.

Read the full article on racial equality and healthcare by Shawn Dove and Dr. Phyllis Hubbard at Philanthropy News Digest.