How to Be a Better Ally – and Why It Matters 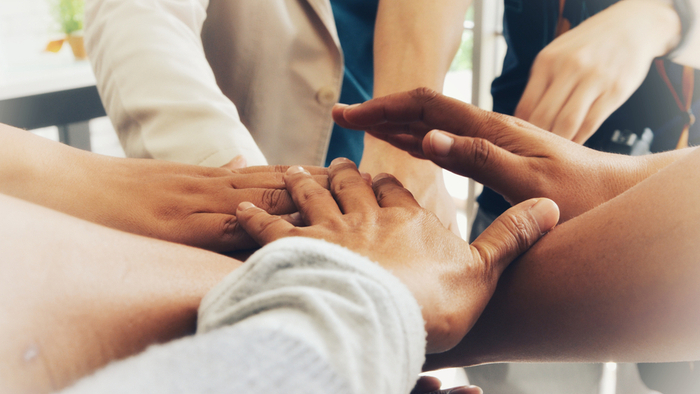 This piece is based on panel conversations from Social Impact Exchange 2019: Shaping the Future: Philanthropy as Change Capital.

More foundations are deepening their understanding of the racial disparities that exist in the U.S. and adapting their work to be more responsive to what communities need. It’s also important for individual donors to learn about these issues, as donors can address racial justice by becoming allies to communities of color.

Many people are only now beginning to understand how systemic discrimination contributed to the wealth divide in this country. According to Prosperity Now, approximately 70 percent of black and Latino households fall below the $68,000 wealth threshold needed for middle-class status, compared to 40 percent of white households. Without this economic foundation, many people of color continue to be locked out of opportunities across all facets of life, from education to employment.

“When you’re talking about generations of economic opportunity, we’re not starting out at the same place so you can’t really get to the same place,” said Leslie Boissiere, Vice President, External Affairs, Annie E. Casey Foundation.

Although philanthropy has tried to remedy large social problems with good intentions, it also perpetuated these disparities. For more than 70 years, the sector has mainly invested in large, white-led organizations and marginalized small organizations led by people of color, according to Edgar Villanueva, vice president of Programs and Policy at the Schott Foundation for Public Education, and author of Decolonizing Wealth: Indigenous Wisdom to Heal Divides and Restore Balance.

Despite these mistakes, philanthropy is still being embraced with the hope that we can all do better together.

“When you love something deeply, you can criticize it, and then you have to own it and change it,” said Efrain Gutierrez, impact and evaluation manager at the Obama Foundation.

Those impacted by the unjust practices and policies need more than dollars from the philanthropic community, they need allies.

Being an effective ally requires a multi-layered approach, from looking inward to adjusting your giving strategy to ensure you’re not perpetuating systemic racism.

How to Be a Better Ally:

Know that you don’t know: Work with leaders who understand the history, pain points, and success stories of a community. Make a bet on a community leader, take a chance on a person of color, and find places where you have similarities, advises Darren Isom, Founder and Executive Director, Memphis Music Initiative.

“If you’re truly about making change … it’s more efficient to have different perspectives and it’s better to have folks that do represent the communities and can empathize with the communities you’re working with,” Gutierrez said.

Say something: “The power of an ally is someone who speaks up even though they don’t have to,” said Gutierrez. “What you can do as white allies is understand that we are on your same team.

Being on the same team can mean literally sitting on the same board of an organization, but despite diversity, equity, and inclusion (DEI) efforts in the field, a recent study on nonprofit board diversity revealed that only 24 percent of respondent board members self-identified as a person of color. Having allies in the room who are vigilant and can create spaces for people of color to have challenging conversations is vital to making measurable change, said Daniel Lee, executive director at the Levi Strauss Foundation.

Don’t reinvent the wheel: If you haven’t been making investments in communities of color, consider piggybacking on an existing, effective strategy in these places.

Collaborate, don’t compete: “At the very end, we just want to get the work done like you, we want an effective philanthropic sector, like you,” Gutierrez said.

Get started: Use JustFund to connect with funding opportunities in the social justice space.