Improving the Allocation of Police Officers 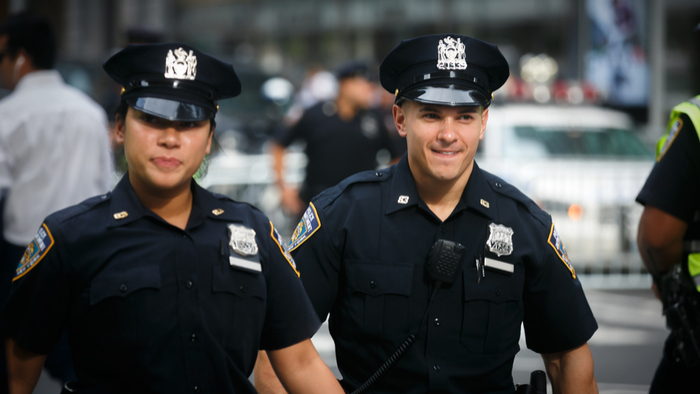 • Simone Weichselbaum and Wendi C. Thomas explore how police departments can better use their resources through intentional police officer allocation to improve safety without increasing the size of the police force.

• What does police officer allocation look like in your community? How can funders work to improve allocation?

Data shows that the raw numbers of police have declined over the past five years, and the rate of police officers per 1,000 residents has been dropping for two decades. At the same time, the violent crime rate has also dropped. After at least 16 years of growing police agencies, the nation lost more than 23,000 officers from 2013 to 2016, according to a U.S. Justice Department survey, bringing the total down to about 700,000. Two-thirds of 397 law enforcement agencies reported in a December survey that they have seen a decrease in applicants compared to five years ago.

But according to several policing experts, cities are too focused on raw numbers, hiring consultant after consultant in a desperate quest to increase their headcount. A cottage industry of specialists caters to jurisdictions hunting for an optimal number of cops.

“Most police departments have issues, not with the number of officers, it’s with how they are deployed and scheduled,” said Alexander Weiss, a police staffing consultant whose clients have included police departments in Chicago, Albuquerque and New Orleans. “It’s more important what the officers do, versus how many of them there are.”

The NYPD is one of a few departments that routinely recalculate how many officers they need to staff a 24-hour cycle. Called the Patrol Allocation Plan, the statistical model studies 911 calls and calculates such variables as how the time of day and type of crime affect an officer’s response time.

NYPD’s model is similar to what McCabe, and consultants like him, preach as the gold-standard in police staffing strategies. These “workload allocation models” are time-consuming and require statistical skills that most police departments lack. Instead, cities sign pricey contracts with Weiss, McCabe and their competitors to perform data-driven analyses of how officers can best use their time.

Read the full article about police officer allocation by Simone Weichselbaum and Wendi C. Thomas at The Marshall Project.