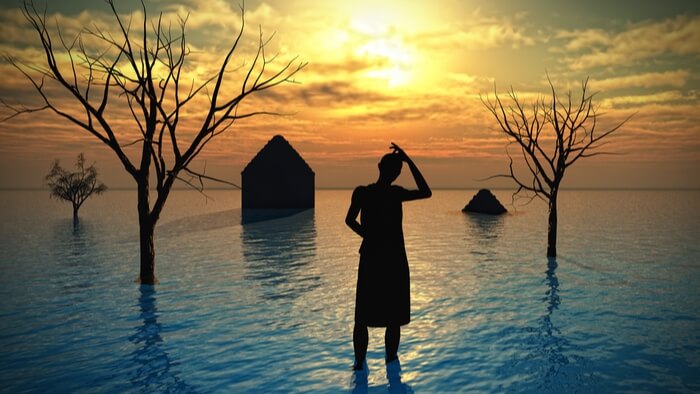 • From extreme weather to the rise of global conflict, Mercy Corps explains how climate change affects people in poverty and what we can do to help.

• Donors should key in on the efforts to fortify drought resiliency in developing nations and build better infrastructure in areas where there’s a high flood risk.

• Don’t forget: Climate change is the leading cause of migration.

Climate change places compounded stress on our environment, as well as our economic, social and political systems. Whether it comes in the form of unbearable heat waves, harsh winters, or extreme weather events like Hurricane Maria in Puerto Rico, climate change undermines development gains and leads to shortages in basic necessities.

Climate change threatens the cleanliness of our air, depletes our water sources and limits food supply. It disrupts livelihoods, forces families from their homes and pushes people into poverty.

One-third of the planet’s land is no longer fertile enough to grow food. More than 1.3 billion people live on this deteriorating agricultural land, putting them at risk of climate-driven water shortages and depleted harvests. These circumstances lead to worsening hunger and poverty.

They must also learn to adapt to more gradual changes, such as climbing temperatures and declining rainfall. Droughts alone have affected more than 1 billion people in the last decade. Since 2001, droughts have wiped out enough produce to feed 81 million people every day for a year — equivalent to the population of Germany.