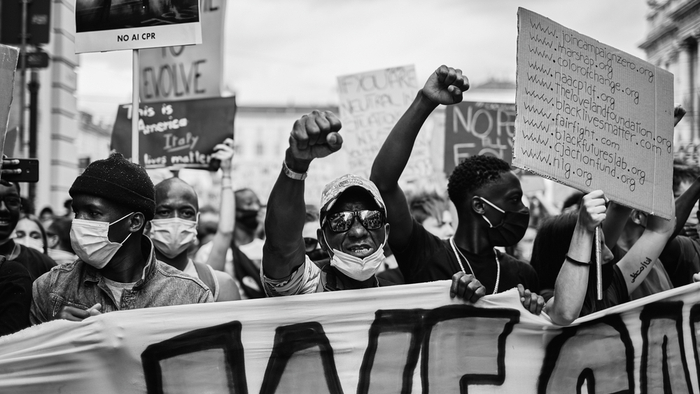 Part two in a three-part series. Read part one and part three.

Philanthropy is continuing to miss the mark on addressing root causes of the exacerbated outcomes we’re witnessing from COVID-19 and anti-Black racism, but individual donors who care about impact can help.

Relief efforts have been swift and plentiful, but despite pleas for a more equitable world — particularly in the wake of the Black Lives Matter movement — new data suggests philanthropy has more work to do.

In a Giving Compass analysis of 505 COVID-19 funds1, the vast majority (83%) are focused on relief efforts and 13% are funding interim strategies (rebound stage). Less than 5% are addressing efforts to reimagine and restructure systems that work for all. Yet, we have a unique window of opportunity right now to redesign and rebuild systems powered by the voices of the most vulnerable.

Even before our news feeds filled with discussions about racial equity and protests demanding justice for George Floyd and other Black and trans individuals, COVID-19 was disproportionately affecting marginalized communities. Yet, only 14% of the funds we analyzed even mentioned Black, Indigenous, and people of color (BIPOC) in their framing of the crisis or their approach to the response. This is incredibly concerning given that COVID’s harm is most significantly impacting these communities.

Giving Compass’ analysis is based on publicly available materials. There are, in some cases, indications that organizations may pivot to another approach in the future after an initial focus on relief. And while we recognize that our analysis hasn’t captured every COVID-19 fund available, we believe it’s a strong representation of the sector’s focus at this time. By aggregating these funds and sharing this data, we hope to simplify the process for donors to move money quickly, illustrate the gaps where community foundations/intermediaries can improve, and identify opportunities for donors to double down on their giving to restructuring efforts.

Why Reimagine and Restructure?

The components of Impact-Driven Philanthropy — equity, effectiveness, and addressing root causes — are fundamental to an effective long-term response to COVID-19, yet only one-third of these funds said they were addressing at least one of these three components.

True long-term change and actual healing will only come through reimagining and restructuring of existing systems centering racial justice. Our next steps must focus on including the voices of those least well-served and lifting up their power in decision-making as we evolve forward. To ensure we are truly dismantling systems of oppression, we need to engage with BIPOC and LGBTQIA communities to lead the design and implementation of strategies that drive us to a sustainably just and equitable society.

Additionally, we need to ensure there are built-in accountability mechanisms for long-term adherence to shifts in the structure of society.

Next Steps for Donors

Our approach in philanthropy must honor the lived experiences and expertise of the communities most disadvantaged by our systems, and support those on the frontlines to redistribute the power of wealth and privilege on an ongoing basis. Here’s what you can do:

Coming up in part three, we’ll share examples of giving opportunities to make a difference across the three stages of philanthropic response to the COVID and racial justice crises we’re experiencing. Given the critical necessity of systems change and long-view philanthropy, we will provide resources and suggestions to restructure our systems while also sharing urgent and interim giving strategies.

By Afi Tengue, VP of Philanthropy and Impact at Giving Compass.

1. Giving Compass began publishing COVID-19 funds on March 10, 2020 with a focus on community foundations (intermediaries) and social justice funds. Read our vetting criteria. The funds were reviewed between April 27 and May 15.

A good way to complement your interest in Coronavirus is to connect with others. Check out these events, galas, conferences or volunteering opportunities related to Coronavirus.